Bowl Season will begin in the Bahamas this year as the longest-running international bowl game in college football history, the HomeTown Lenders Bahamas Bowl, will be played Friday, Dec. 16 at 11:30 a.m. ET.

Nassau’s 15,000-seat Thomas A. Robinson National Stadium will host the eighth edition of the HomeTown Lenders Bahamas Bowl, which will air in the United States on ESPN. The 2022 Bowl will kick off the first year of a new relationship with HomeTown Lenders as the game’s title sponsor.

"We are thrilled to be the opening game of Bowl Season and to showcase the beautiful islands of the Bahamas through this event, which has been a fixture on the sporting calendar since 2014," said Bahamas Bowl executive director Lea Miller-Tooley. “The Bahamas Bowl has provided tremendous competition for our participating teams from Conference USA and the Mid-American Conference, while offering a one-of-a-kind experience for student athletes, coaches and families to travel to a foreign country and be rewarded for a successful season. We know that the 2022 bowl will remind everyone why 'Bowl Games are Better in The Bahamas'." 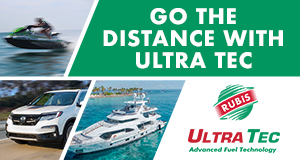