Encouraging children to speak up about sexual abuse is the core theme of ‘Hayly Stems The Tide’, the debut book by attorney and advocate Elizabeth Thompson.

While beautifully illustrated and set in a small seaside town very much like the author's native Bahamas, the book tackles a very difficult topic. As Thompson was writing the book in early 2022, an international body determined per capita that The Bahamas had the highest number of sexual crimes against women and children. Thompson stated that she struggled to find the right words for the book as she found herself reflecting on her childhood experiences with inappropriate comments by adults and her encounters as a prosecutor with traumatized child victims of sexual abuse.

The popular annual Caribbean Fine Art Fair, (CaFA), now in its 12th year, returns virtually and in person to Barbados this March, with a spotlight on the works of over 40 Caribbean contemporary artists and a focus also on the hot topic of NFTs.

After a lengthy delay due to the pandemic, Bahamian Project photographers are back to capturing the iconic images that have made the Bahamian Project the most significant art & culture project in Bahamian history.

The exciting third phase of the long-running project officially commenced at the end of last year when two of The Bahamas' most experienced and respected photographic artists travelled to Abaco, on their first family island assignment.

Doongalik Studios is proud to announce their first exhibition for 2022 – a solo Exhibition by Candis Marshall entitled “Blueprint: Visual Memories” that will open on Friday, February 4 from 6 – 8.30pm by appointment only.

Marshall states that “Blueprint is a retrospective of the past decade of my journey as a creator. It lays bare my origins as a writer and storyteller with deep roots fed by springs of spiritual enlightenment, ancestral wisdom and an unquenchable desire to understand the world around me in all of its glorious splendor. It is my memories visualized in the form of photography, stories, and mixed media installations.”

This holiday season, when Bahamians buy buckets of chicken from KFC, they will be sure to notice something different.

KFC Nassau has become the first major international brand to honor a legendary Bahamian artist on its seasonal packaging with KFC buckets decorated with the artwork of the late Jackson Burnside III.

KIM DEAVEAUX TO OPEN SOLO EXHIBITION “ALL WOOD” AT DOONGALIK

Doongalik Studios is pleased to announce the Opening of Kim Deveaux’s Solo Exhibition entitled “All Wood” on Monday, October 18th from 5-8pm with covid-19 protocols in place.

Deveaux started working for this show during the covid pandemic lockdowns last year and realized that she had amassed enough pieces of work to have a show. “All Wood” will be her first solo exhibition at Doongalik, where she has shown several times in the company of other wood artists, and she is excited to be displaying so many pieces of work on her own. Her journey to this point has been an interesting one.

In support of dance

Victoria Josey was honored with the Lifetime Achievement award for her commitment to dance education and over 33 years of teaching at Government High School, and Georgia Storr-Taylor, of Georgia’s School of Dance in Grand Bahama, was honored with the Shirley Hall Bass Legacy Award for her exceptional interdisciplinary practice and cultural exchange programming during the 3rd Annual Shirley Bass Hall Dance Educators Virtual Forum and Awards Program.

The other side of the pentaprism

TERN gallery will present "The Other Side Of The Pentaprism: Six Photographers In Conversation" - a photographic exhibition presenting the work of female contemporary artists from the Caribbean.

Dyah Neilson enjoys the best of both worlds

Some artists live to paint. Dyah Neilson lives amidst her paintings. To get to a drawer for a t-shirt, she has to shuffle past art supplies before she juggles canvases leaning up against the dresser. To climb into bed, she crawls over works in progress.

Some artists live to paint. Dyah Neilson lives amidst her paintings. To get to a drawer for a t-shirt, she has to shuffle past art supplies before she juggles canvases leaning up against the dresser. To climb into bed, she crawls over works in progress.

Dyah’s bedroom-aka-studio is her safe haven but the industrious artist who also holds a nearly full-time day job at Oasis furniture and décor store is bursting out with more work than she has space to contain and more desire to paint than she has hours in the day.

Amanda Coulson, Lauren Holowesko, and Jodi Minnis from TERN Gallery will be among over 50 contemporary female visual artists from the mid-Atlantic region participating in the Atlantic World Art Fair's inaugural iteration.

May 11, 2021 marked the 10th anniversary of the death of Doongalik’s Founder, Jackson Burnside III. In commemoration of this significant occasion, Doongalik Studios is proud to announce the opening of its rebranded gallery space that showcases the artwork and designs of Burnside for viewing, along with a selection of Bahamian books and dvds, exclusive ceramic art, and woodwork for sale.

Pam Burnside, owner of Doongalik stated: “Last year we highlighted Jackson’s vision statement: By the year 2020 more visitors will travel to The Bahamas because of its art, culture and heritage, rather than merely for its sun, sand and sea. 2020 was also the year when COVID-19 appeared causing the whole world to pause, stop, and reassess. So this year on the 10th anniversary of Jackson’s death we decided to rebrand the gallery to become a repository of his legacy by highlighting his artwork, as well as opening the Jackson Logan Burnside III Design Library and Research Centre that was established with in memoriam donations received in 2011.”

With the drive to inspire creatives to recognize the power in choosing a career in Art and Design, Blue Orchid Advertising recently partnered with the University of The Bahamas (UB)...

Students Use Art To Put Spotlight on Harmful Invasive Species

Students from around the Bahamas put the spotlight on invasive land and sea species in this year’s 20th Annual Marine Education Poster Competition hosted by Dolphin Encounters – Project B.E.A.C.H. on Blue Lagoon Island...

Like many businesses in The Bahamas, The Place for Art on Village Road re-opened its doors with social distancing and meetings by appointment this week...

ArtSea brings the 'magic' of dance into homes

As the world navigates a new normal, owing to the global COVID-19 pandemic and the closure of Bahamian schools through Tuesday, April 14, professional ballerina/dancer Courtney Celeste Spears is doing her part to keep children “cooped up” at home active by offering a free ArtSea Web Dance Series to provide dancers with opportunities to still be able to learn and dance...

For Alisha Carey, hard work pays off. She says she put in the work and got the result when she was awarded the subject award, best result for art and design (craft) at the 2019 national awards ceremony...

The lessons: self-discovery, belief in oneself and courage

The rehearsals of the cast of “The Wiz”, a production of Broadway Over Queen’s, has so impressed Shawn Turnquest, vice principal, head of Queen’s College (QC) High School, to the point that she promises patrons will be amazed by the cast, their performance and the production in general ahead of the final show and what she terms a must-see performance...

Jazz In The Gardens postponed 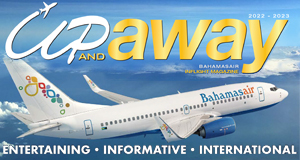