The National Tripartite Council (NTC) seeks transfer of functions of the Bahamas Industrial Tribunal to the civil side of the Supreme Court. Chairman of the National Tripartite Council Robert Farquharson made the announcement during a press briefing and courtesy call on President of the Bahamas Industrial Tribunal Indira Demeritte-Francis, September 14, 2020.

He said, “The National Tripartite Council after extensive consultation with partners locally and regionally have recommended that the functions of the tribunal be transferred to the civil side of the Supreme Court. This will primarily enable the tribunal to enforce its own rulings.”

He explained, “this has been a long, outstanding problem in industrial relations in The Bahamas where workers have decisions made by the Tribunal but because of the structure of the Industrial Relations Act, the Tribunal is unable to enforce a ruling, thus a worker who has a decision in their favor has to go to the Supreme Court to have the decision enforced.

“It is our opinion that this is the best way forward to work hand-in hand with the technology that’s already implemented with the Tribunal to make the process of dispute resolution in The Bahamas smoother, more efficient and more productive.”

Mr. Farquharson commended Ms. Francis and her team on the tremendous work they are doing. “They have done yeomen’s service in depleting the long backlog of cases. This will be final step, in our opinion, to make industrial relations and dispute resolutions much more productive here in The Bahamas.”

John Pinder, Director of Labour, also praised President Francis for technological implementation at the Tribunal that has made industrial processes smoother.

Also at the courtesy call were: Peter Goudie, NTC Deputy Chairman; Sharon Martin, Secretary; Rionda Deleveaux-Godet, Treasurer; Tyrone Morris, representing Commonwealth of the Bahamas Trade Union Congress; Donnie Capron, Administrator; and others who joined virtually. They received the opportunity to participate in the briefing, and have a first-hand tour of the modern upgrades. 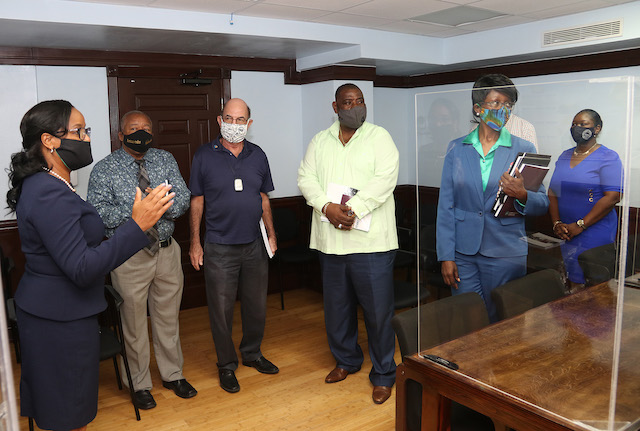 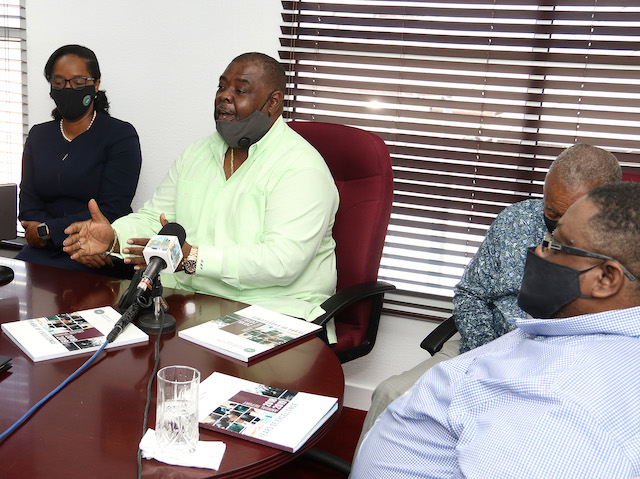