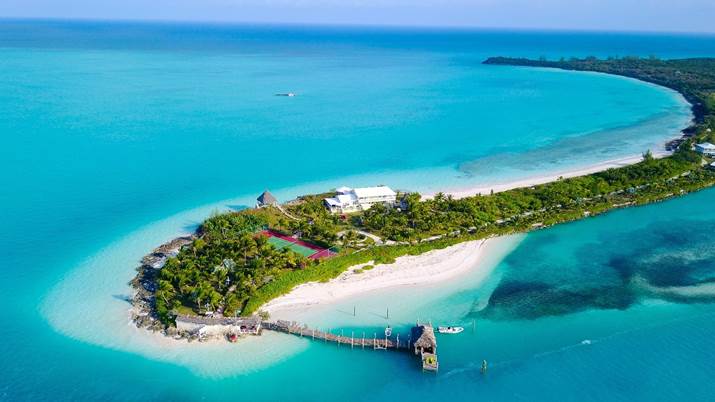 The Sands of Time -- When this nearly 80-acre property at the tip of North Eleuthera was listed for sale recently with an asking price of $23 million, it was another reminder of royalty’s role in the history of The Bahamas. Once deeded to Lord Beaverbrook, the property known as Gun Point is currently owned by a Bahamian family best known for its prominence in beers and spirits. 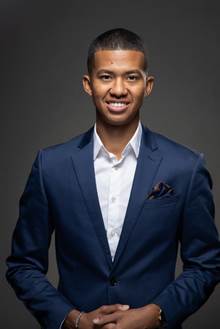 Timothy Smith of Better Homes & Gardens MCR Bahamas Group is the exclusive listing agent for Gun Point, North Eleuthera, the iconic family island getaway that feels like a private island with some 3,000 coconut trees, tennis court, beaches, dock and its own water and power supply.

For the history buff who cherishes treading the sands where the footsteps of the world famous trod before or the high net worth individual simply searching for a quiet, secure retreat that happens to come complete with boat, dock, tennis court, 3,000 coconut trees and 80 acres, a property in Eleuthera could be just the ticket.

The property is a fantasy like site at the far northern tip of North Eleuthera, remote enough to feel like an island. Called Gun Point and bearing a $23 million price tag, it was once deeded by King George VI to Lord Beaverbrook as Crown land in gratitude for his service to king and country during WW II when the Royal Air Force and Royal Navy used The Bahamas as a base for allied operations.

Lord Beaverbrook (not his birth name – he named himself that after a brook he swam in as a child in Canada) was the press baron of British society, owner of The Daily Express, Sunday Express, Evening Standard, even controlling the media in Scotland. He and Sir Winston Churchill were the only two persons to hold full Cabinet positions in both WWI and WW II and in his role in Churchill’s War Cabinet, he helped guide the development of Britain’s aircraft industry.

His presence in The Bahamas was of a quieter nature, a respite from the turmoil and tumultuous life across the pond.

Today, Gun Point is owned by a prominent Bahamian family with a strong stake in the suds and spirits industry.

“The patriarch who loved to boat and fish from Gun Point and enjoy the peacefulness of the place knowing it was only a 10-minute ride from the North Eleuthera Airport passed away last March. Putting it on the market was not an easy decision and if you visited you would understand why,” said Timothy Smith, listing agent. “You would be hard-pressed to find a more stunning or even comparable property anywhere in the world.”

“In this age where we are all looking for ways to be more self-sufficient, what’s interesting is that Gun Point also has its own native farm that produces seasonal local vegetables and fruit,” says Smith, who earned top producer honours at Better Homes & Gardens MCR Bahamas Group in 2019. “The property is ideal for development, lending itself to a boutique fishing, diving, snorkeling water sports resort with luxurious spa and great food, a marina, or for some lucky family, maybe maintaining it for personal use with great short-term rental potential.”

It is not unusual for private islands in The Bahamas or boutique Family Island properties like Gun Point to rent for as much as $100,000 a week with full staff, on-site dining, boating with crew and amenities.

“When Lord Beaverbrook was offered any piece of property he wanted after the war as a gift of appreciation, he personally selected Gun Point, North Eleuthera and while he also cut quite a figure in Nassau, he and his family spent many a happy time here enjoying the fishing, the tranquility and the beauty,” said Smith, a success story in his own right with record-breaking sales at age 27.

According to Smith, interest in the listing has been “extraordinary.” There are single family residences, he notes, in a few gated communities with similar price points “and this is nearly 80 acres with all the privacy you could ever dream of and the potential for an amazing development – as well as the fascinating royal historic connection and the artifacts left in the main house to show it.” The Gun Point, N Eleuthera property once occupied by British media mogul Lord Beaverbrook is on the market for $23 million and features resort-like amenities including its own dock, tennis court, water and power supply along with a 4,000 square foot manor house. Agent Timothy Smith says “you would be hard-pressed to find a comparable property anywhere in the world.”