Victory Train: Minnis Sets Sights On Winning Next Election In 2022 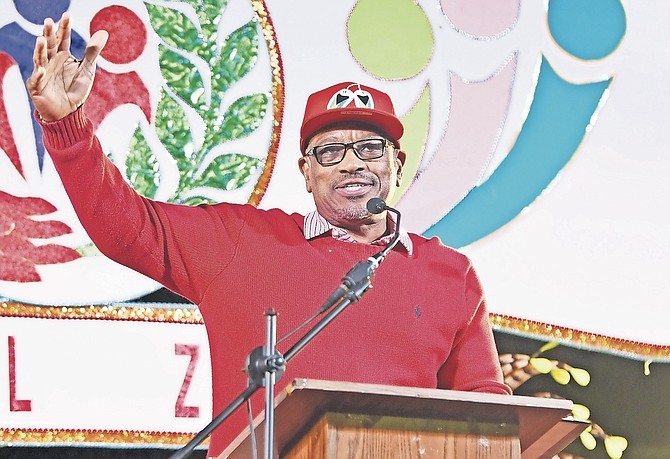 PRIME Minister Dr Hubert Minnis laid the foundation for the Free National Movement’s re-election campaign during a rally last night. “Tonight we start the launch of our victory train,” he said. “We start here in our central zone and we will continue to our destiny. Government House will be the final spot in 2022. But as we move through the community we will be taking on more passengers.” The rally was held on the grounds of the Edmund Moxey Youth and Community Centre. Elected representatives from the Bain and Grants Town, Mount Moriah, Fort Charlotte and St Barnabas constituencies spoke and attendees were intermittently entertained by Junkanoo groups. The prime minister weaved his personal story of growing up poor into a testimony of implementing policies that “uplift the poor and all who have been left behind.” He touted what he sees as his administration’s successes, emphasising the recent decline in murders and noting 1,056 students have taken advantage of the tuition free education programme he launched at the University of the Bahamas (UB). “(That’s) an increase of 57 percent,” he said, “and it’s projected that there would be an additional ten percent every year of young people who could not get a college education that would be able to get a college education thanks to the FNM.”