Prime Minister the Most Hon. Dr. Hubert Minnis today announced members of the leadership team that will head up The Bahamas Disaster Reconstruction Authority.

“I thank both [Mr. Clarke and Mr. Cargill] for agreeing to serve in these capacities and for their work in the aftermath of Hurricane Dorian,” said Prime Minister Minnis. “I am pleased that the Hon. Kay Forbes-Smith has agreed to serve in this capacity.”

The Authority will work with the Ministry of Disaster Preparedness, Management and Reconstruction to continue the reconstruction program for Grand Bahama, Abaco and the Abaco Cays.

The Prime Minister made the announcement on Sunday 1 December during a press conference at the Office of the Prime Minister. He also provided an update on the progress of reconstruction on Grand Bahama and Abaco.

Progress highlighted by the Prime Minister included the restoration of power at Green Turtle Cay, the Marsh Harbour International Airport and the Government Complex and hospital in Marsh Harbour.

Prime Minister Minnis noted that Mrs. Forbes-Smith has resigned as President of the Senate to take up her new duties. The Senate will now have to elect a new President.

“Because of a vacancy in the Senate, I am pleased that on my advice, the Governor General has appointed Mrs. Lisa Bostwick-Dean as a new senator.”

Mrs. Bostwick-Dean will be sworn in on Monday 2 December at 11am at Government House.

The Authority is responsible for the management of reconstruction and restoration in areas designated disaster zones.

The Authority is also responsible for establishing criteria, procedures and processes for transitional housing, services and assistance.

The functions of the Authority include assessing the reconstruction needs of a disaster zone and preparing a reconstruction plan, and oversight, monitoring and regulation, and coordinating relations with national and international bodies.

The Authority will have the powers to accept, deposit and act as trustee and manager of gifts and donations, enter into contracts, invest funds, appoint employees and take necessary legal action to implement reconstruction operations.

Other members of the new Authority will be announced soon, said the Prime Minister. 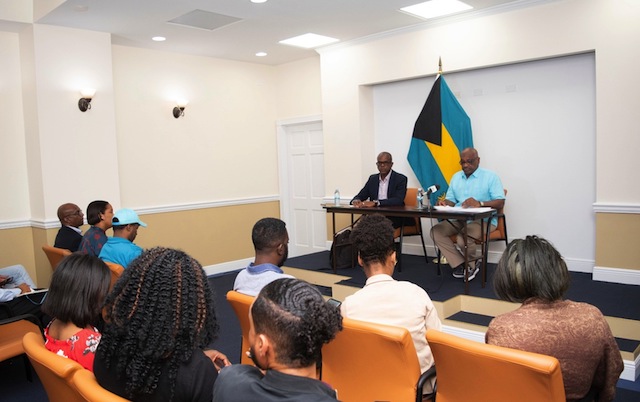