Minister of National Security the Hon. Marvin Dames said, on August 7, 2019, that when his government came into office more than two years ago, it made the important commitment to ensuring safety and providing the tools for law enforcement to best carry out their service to the nation.

"What you see here today is a testament of our government's commitment to the people of The Bahamas," Minister Dames said, during the Official Ceremony for the Re-Commissioning of the Rolleville Police Station, in Exuma.

Among those joining local police and civic leaders for the Ceremony were Prime Minister the Most Hon. Dr. Hubert Minnis; Minister of Social Services and Urban Development the Hon. Frankie A. Campbell; Acting Permanent Secretary at the Ministry of National Security Eugene Poitier; Commissioner of Police Anthony Ferguson; Member of Parliament for MICAL and Chair of the Education Loan Authority Miriam Emmanuel; Assistant Commissioner of Police for the Family Islands Ismella Delancy; and other senior police officers and band members.

Minister Dames pointed out that the first police station in Rolleville originally opened its doors on July 15, 1978.

"The leaders at that time thought it was necessary to construct a police station to service the residents of this community," Minister Dames said. "Fast forward, it was just more than a year [ago] that I had an opportunity to tour this beautiful island of Exuma, and, while in the community of Rolleville, I couldn't help but observe the condition of the station."

Minister Dames pointed out that the station had been closed down, and there was no immediate police presence in the area.

He noted that one thing was certain -- the "vibrant" community of some 450 persons and its proximity to nearby tourism properties and settlements was important as a location for a station, which would be closer than George Town’s.

"I found it very perplexing and concerning, as a matter of fact, that we had no police presence in this very vibrant and very important community, to not only service the residents of Rolleville, but to service the entire section of this island," he added.

Minister Dames said the government must ensure that, as islands continue to grow and develop, infrastructure and services are provided to keep Bahamians and visitors safe and assist in meeting their needs.

Noting the Rolleville station had been closed for some 10 years, Minister Dames said the re-commissioning was especially timely due to the fact that Commissioner of Police Ferguson was, at that time, taking receipt of a fleet of vehicles, provided by the government, and the Commissioner would see to it that communities like Rolleville and the Exuma Cays would benefit from those resources.

Minister Dames pointed out that those resources were for the entire Bahamas and not just the capital. That included, he said, "every island and every cay where you have commerce, and where you have people residing.”

"And that is the commitment of this government," he added.

Minister of National Security the Hon. Marvin Dames speaks, on August 7, 2019, at the Official Ceremony for the Re-Commissioning of the Rolleville Police Station, in Exuma. 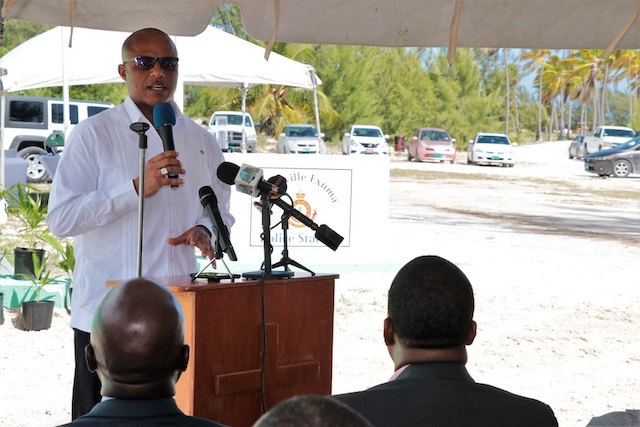 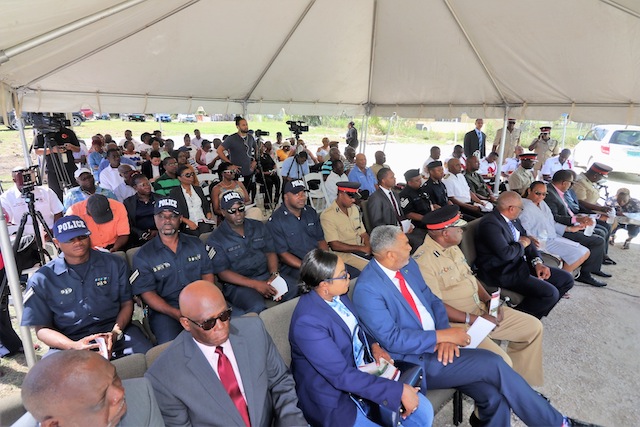 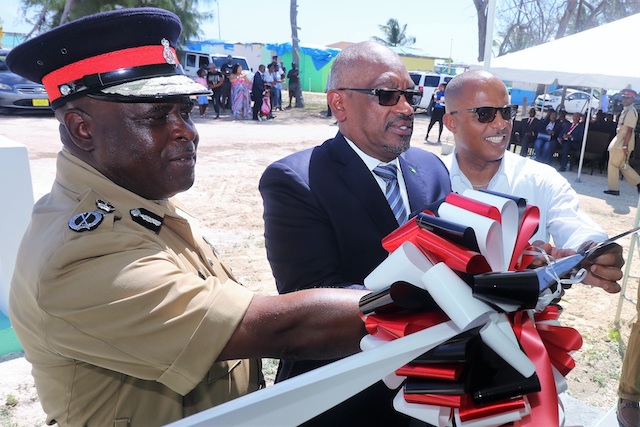 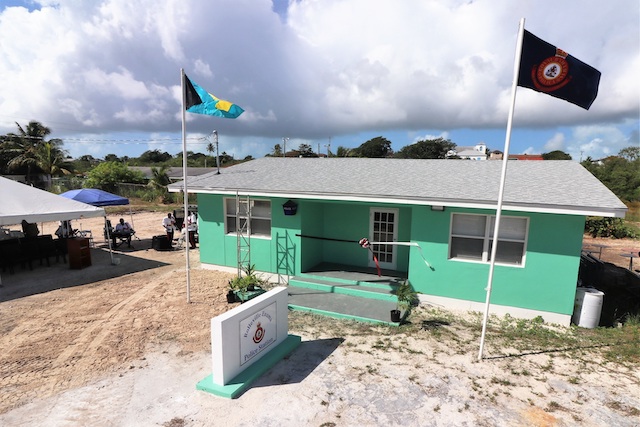 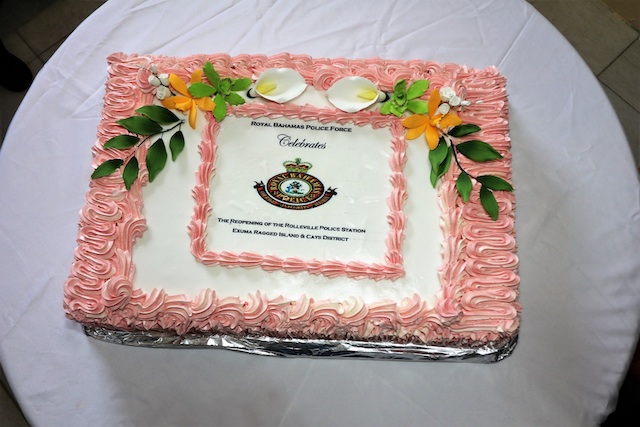