One of The Bahamas’ greatest cultural gems, The Bahamas National Youth Choir (BNYC) under the direction of Dexter Fernander, presents a major choral work entitled: “I will lift up mine eyes” – A work by African American Composer Adolphus Hailstork. The concert is set to take place at Christ Church Cathedral, 7:30pm on October 26th and 27th, 2018.

Every five years, the BNYC endeavours to present a major musical work in collaboration with feet orchestra. Nancy Strelau, along with the Nazareth College String Ensemble, has been an integral part in the choir’s past presentations of Hyden’s Lord Nelson Mass, Mozart Coronation and Francis Poulenc: Gloria. This year, the BNYC will join forces with the University of The Bahamas Choir under the direction of Dr. Paul Jones, the Adventist Vocal Ensemble, directed by Anton Bowe and C.V. Bethel’s Concert Band, conducted by Giovanni Clarke in addition to the Nazareth College String Ensemble to present, “I will lift up mine eyes”. 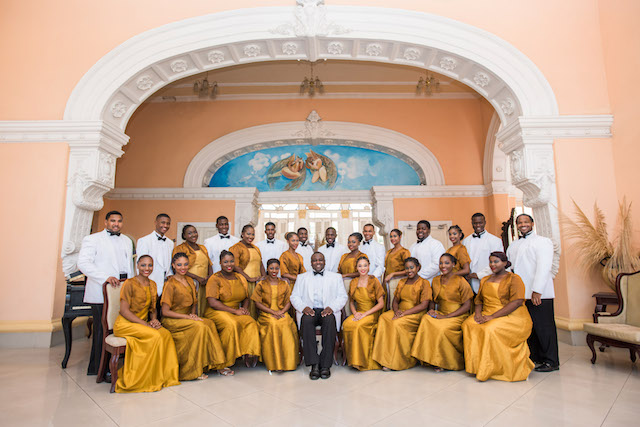 As this work is a Cantata for Tenor solo, the featured tenor will be Gary Seydell. Seydell is an accomplished singer who holds a Bachelor of Arts in Voice from the University of Delaware, a Master of Music in Vocal Performance, and an Artist Diploma in Opera from The University of Cincinnati College Conservatory of Music. He has performed throughout the United States, Australia, Fiji, Finland, New Zealand, Italy, Ukraine and has also been a soloist and Opera Fellow at the Aspen Music Festival and Opera Theatre of Lucca, Italy. The concert will also feature BNYC alumnus, Candace Bostwick. Bostwick has performed all over the world with the BNYC and was made a lifetime member in 2001.

She is a current and founding member of the Bel Canto Singers and the Highgrove singers and is a frequent guest soloist for the BNYC. Nicole Jordan will also be a featured soloist.

The proceeds from this concert will assist BNYC’s education and touring programme.

There is also a $20.00 group rate for groups of 10 or more and a $10.00 student rate. Director Dexter Fernander said, “we’ve been extended two invitations and we would like to be able to accept them, but we can’t do that unless we have Page 2 “The Psalm” – October 2018 the funding. So, this is our way of trying to raise funding for ourselves”.

Therefore, the support from the public would be greatly appreciated Over the years the choir has toured and given performances in twenty-eight countries on four continents including The United States, Canada, Mexico, England, France, Germany, Trinidad, Belize, Mexico, China, South Africa, and Swaziland. They have also sung in 25 languages including German, French, Spanish, Mandarin, Hungarian, Italian and five African languages.