Minister of The Environment and Housing the Hon. Romauld Ferreira said Monday that the homes within the Queen’s Park Urban Re-Development Project were constructed with the environment in mind.

Among those in attendance were: Minister of Foreign Affairs the Hon. Darren Henfield; Minister of Transport and Local Government the Hon. Frankie Campbell; Minister of State for Legal Affairs the Hon. Elsworth Johnson; Parliamentary Secretary in the Ministry of Tourism and Aviation Travis L. Robinson; Member of Parliament for Fort Charlotte Mark Humes; Executive Management and staff of the Bahamas Mortgage Corporation; and various stakeholders.

Minister Ferreira congratulated the Bahamas Mortgage Corporation on its vision and leadership on the project, and pointed out that, as the Minister of The Environment and Housing, he also held responsibility for The Bahamas Mortgage Corporation, which, he stated, is committed to providing the Bahamian public with affordable housing – making the dream of becoming homeowners a reality.

He also noted that, adding a greater-level of protection to the families and their homes -- each home is equipped with hurricane impact resistant windows; and all of the units were landscaped, including the planting of grass and trees.

“Once again, I would like to congratulate BMC and all involved for their hard work and dedication to the Queen’s Park Urban Re-Development Project,” Minister Ferreira said. 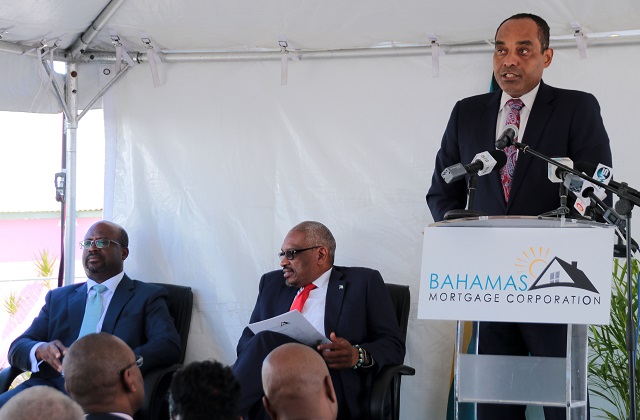 Minister of The Environment and Housing, the Hon. Romauld Ferreira addresses the Official Opening Ceremony for the Queen’s Park Urban Re-Development Project, March 26, 2018, at the junction of Farrington Road and Christopher Street. Seated at his left is Prime Minister, Dr. the Hon. Hubert Minnis. (BIS Photo/Derek Smith) 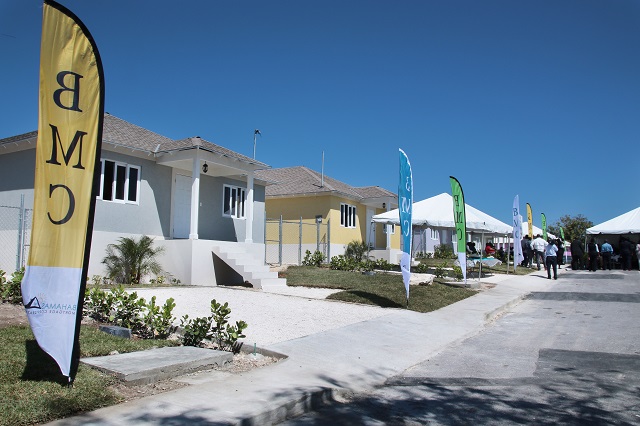