For the fifth consecutive year, a Sterling Global Financial fund has taken top honours in a merit-based AI Barclay’s Hedge Fund awards division while for the first time its parent company has been named Best Fund Manager - Bahamas, with some 15,000 funds from around the world competing in diverse categories for the prestigious awards.

For the first time, Sterling Global Financial, managed by a team of financial industry professionals from its head office on East Bay Street, Nassau, has walked away with the Best Fund Manager – Bahamas title.

Announcement of the awards was made by AI Barclay’s online and at an awards ceremony. Unlike many industry awards, the AI Barclays Hedge Fund Awards are strictly merit-based.

“Innovation, dedication and sheer hard work are all valued in the 2017 Hedge Fund Awards, as we have sought the very best that the industry has to offer,” said awards coordinator Peter Rujgev.

“We look for the firms, and the individuals behind them, who have strived through thick and thin to achieve excellence. Every one of our winners can truly rest assured that their recognition was deserved.”

The multiple award-winning fund invests in debt financing in real estate in strategic markets in the Caribbean, Canada, U.S. and select European countries, notably the U.K. and Ireland. The award is presented by Acquisitions International (AI), the UK-based influential web, magazine and publication organization that reaches 108,000 advisors and subscribers in multiple financial markets in more than 170 countries, and is sponsored by Barclays Hedge Fund.

In each category, nominees are judged on performance, commitment to innovation, methods of operation and how they rate against competition.

“A traditionally fast-paced industry, the hedge fund market has seen many challenges this year as financial markets around the world face political and social struggles,” Rujgev said.

“Despite this, many firms have excelled in the last 12 months, working diligently to provide strong returns and quality investor support.

It is a great honour to recognise Sterling Global Financial for this achievement, and we wish them even greater success in the future.

The awards are given solely on merit and are awarded to commend those most deserving for their ingenuity and hard work, distinguishing them from their competitors and proving them worthy of recognition.”

"This is truly a prestigious honour and speaks well not just for Sterling and the Sterling Mortgage Income Fund but for The Bahamas as a fund headquarters from which to reach markets around the world,” said David Kosoy, Sterling Chairman and CEO.

Managed by its parent company, Sterling Global Financial Group in Nassau and Cayman, SMIF has delivered strong results for its investors over the last five years with a net 12.2% return after all costs for the year 2016.

The fund has also been ranked number one on the Sharpe Index for safety and security for the last three years.
“This year, we have had a record number of applications for consideration for new financing and more far-reaching projects than ever in our history.

Many of those are under serious review. We move with measured and careful deliberation allowing us to earn the returns and the reputation we enjoy,” said Stephen Tiller, President.

Sterling Global Financial also owns Sterling Bank & Trust Limited, a full-service private bank based in Nassau, Bahamas and Sterling Trust (Cayman) Ltd., one of the oldest and most respected trust companies in Cayman. 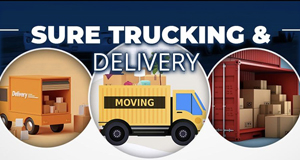