A Northampton, Massachusetts man who has competed in 100 ultramarathons, breezed past his competitors Sunday to win the 8th annual Sunshine Insurance Marathon Bahamas (SIMB). Leigh Schmit, 44, finished with a time of 2:52:21. 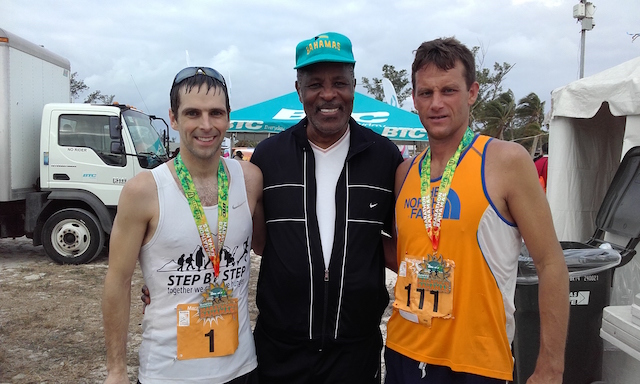 Schmit said he has run 20 marathons so far.

“I did this (Marathon Bahamas) two years ago and I had bad cramps. Now, I’m pretty much acclimated to the heat,” said Schmit who lives in Eleuthera. 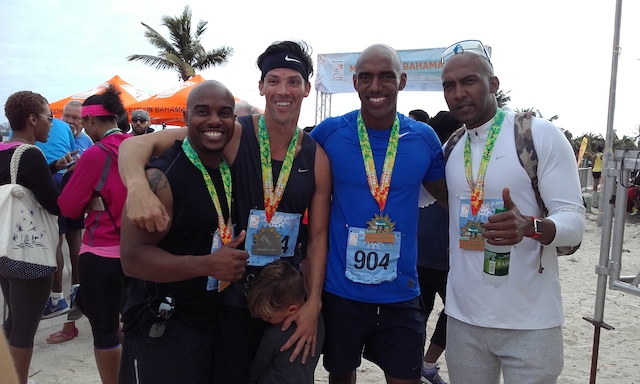 “The temperature was perfect for my run and the aid stations were perfect. I was able to carry my stuff, so it was great.”

The 35-year-old Alexandria, VA resident finished with a time of 3:04:46 seconds.

“It’s a little disappointing, but I’ll be back next year for sure,” he said.

According to Sunshine Insurance, which organized and sponsored the marathon, women made up 60 per cent of this year’s runners; tourists accounted for 30 per cent.

For the second year in a row, Boca Raton, Florida resident, Jonathan Volpi, 33, ran away with the half marathon, clocking a time of 1:14:43.

Freeport, Grand Bahama resident, Keithrell Hanna, 43, followed in second place for a second year in a row, with a time of 1:21:20.

Mike Wong of Chicago, Illinois placed third with a time of 1:27:02.

Wong stunned the crowd as he crossed the finish line with a broken arm in a sling.

Florencia Morales, 38, of Argentina, was the top female half marathon finisher with a time of 1:29:42.

St Anne’s High School was the top finisher in the student run category. The team, which included, Omavi Collison, Philip Armbrister, Vincent Gardiner and Regan Cartwright won with a time of 3:09:40.

In the adult relays, Bald Eagles, which included Jason Maynard, Desmond Maynard, Nikita Sumner and Bradley Thomas, placed first in the male division with a time of 3:09:26.

Results for the marathon, half marathon and relay may be viewed on www.marathonbahamas.com.