The Bahamas Olympic Committee (BOC) announced its plans to introduce the sport of beach handball to the country yesterday, bringing the total amount of sports under the BOC banner to 21. To ensure that there is a clear understanding of the rules and technicalities of the game before its introduced at various levels around The Bahamas, the BOC has brought in Croatian national team coach Davir Rokavec to host a four-day course for both public and private elementary, secondary and high school coaches. "This is a new project for places like The Bahamas, Puerto Rico and North Africa, where we will be going on behalf of the International Handball Federation to try implement some new things,"

Rokavech said at the historic press conference. "Here, you don't have gyms that can fit indoor handball, so we will try to incorporate beach handball instead." Senior Education Officer for Primary Physical Education at the Ministry of Education Dawn Knowles said that the ministry will work side-by-side with the Olympic committee in their endeavor to make handball a part of the mandatory physical education curriculum and plan to introduce it to the schools as early as this year. "I know that my teachers will do justice to the course, and I can say that I expect an Olympic handball medal coming in the very near future," she said.

BOC President Wellington Miller added that introducing another sport to the Olympic committee gives The Bahamas more chances to succeed on the international level, and that he expects handball to be well received among the school kids. Earlier in the year, the BOC said that it would be making an effort to bring some of the country's niche sports to the forefront of the sporting community. "We are happy that we have members from the various schools coming out to learn the art of handball," he said. We want to give these youngsters other opportunities to get involved with some sports that they may not have heard about otherwise."

Beach handball is a team sport where two teams pass and bounce a ball, trying to throw it in the goal of the opposing team. Matches are played in two or three sets, depending on when a team wins their second set of the game. As of September 2014, Brazil is currently ranked the number one country in the world, and was the winner of the world championship in both men's and women's divisions at the 2014 beach Handball World Championships.

So far this year, the BOC has made strides in several sporting disciplines, including gymnastics and rowing. Gymnast Kianna Dean made history when she represented The Bahamas at the 2015 Pan American Games, which were held in Toronto, Canada back in July, while the team of Lex Fountain and William Standhope represented the country at the World Rowing Junior Championships, the highest international representation in rowing to date for The Bahamas, on August 5-9.

The World Rowing Juniors were held at the Rodrigo de Freitas Lagoon in Rio de Janeiro, Brazil, which will also serve as the rowing venue for the 2016 Summer Olympics and Paralympics. Back in March, The BOC signed a memorandum of understanding with the Olympic Committee of Guatemala, which marked the first time in the BOC's 63-year existence that it had an agreement of understanding with any Olympic committee in the Central American region, and only the second on record. 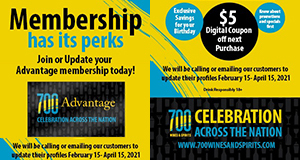