The Bahamas is set to make its bowling debut this week at the 22nd Central American and Caribbean (CAC) Games in Veracruz, Mexico.
Although it will be the country's first time competing in bowling at the CAC Games, the team consists of 10 veteran bowlers, and that has bowling officials confident that they will have a good showing, and possibly come back with some medals. Bowling is set to begin on Tuesday, November 25.
"Everyone has been preparing hard, so I expect to qualify for the Pan Am Games, which takes place next year in Toronto. That is the number one objective, but I think that it's highly probable that we will win a medal of some kind during this competition," said 1st Vice President of the Bahamas Bowling Federation (BBF) and member of the CAC bowling team David Slatter.
"Competitors that we bowled against, from say Aruba, I know two young ladies on their national team are away at university on full scholarships through bowling. I'm sure Puerto Rico has had some bowlers on scholarships as well as some of the other countries in the Caribbean that are part of our region that we compete against. We have seen their skill levels, and they are really good bowlers, but if they can do it we can do it."
The 10-member squad includes Slatter, Leonardo Davis, Driskell Rolle, Jonice Lockhart, Marina McClain, Johann Pyfrom, Sonith Lockhart, Byron McClain, Camille Burnside and Xynea Johnson.
An initiative of the Bahamas Olympic Committee (BOC) was to use this year's CAC Games to bring recognition to sports that usually go unnoticed in the country.
"A sport like bowling, although it is not an Olympic sport, it is our mandate to grow all sports," said BOC Secretary General Romell Knowles. "Those sports that are traditionally not recognized in a meaningful way, we want to provide them with the opportunity to compete abroad and at a high level."
Women and men's singles will be the first events to be contested on Tuesday.
In sailing over the weekend, Paul de Souza was eighth in the first race and fourth in the second series race to total 12 points after two races in the men's sunfish class. In the snipe open division, the Bahamian team of captain Robert Dunkley and crew member Michelle Hope finished second in their opening race at Gaviotas Beach, the site for sailing at the 22nd CAC Games.
The cycling competition came to end for The Bahamas as both Bahamian cyclists, Anthony "Biggie" Colebrook and D'Angelo Sturrup, failed to finish the grueling 154.4 kilometers (km) course. Colebrook's last time was recorded at the 57.9km mark (1:39:06) and Sturrup's last time was recorded at the 19.3km mark (33:29).
In the Men's Individual Time Trial, Colebrook was 15th overall, finishing in 1:11:16.88. 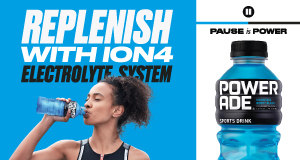