6.1 10 Facts about the Internet that you should know

1. Who coined the phrase 'World Wide Web'?
Tim Berners-Lee in 1990. He's also considered by most people as the person who started the whole thing rolling. He's also the guy who stopped anybody from owning it by making it 'royalty free'.

2. How did the Internet Start and Why?
It all started with the time-sharing of IBM computers in the early 1960s at universities such as Dartmouth and Berkeley in the States. People would share the same computer for their computing tasks. The Internet also received help from Sputnik!
After this Russian Satellite was launched in 1957, President Eisenhower formed ARPA to advance computer networking and communication.

4. What was ARPANET?
ARPANET stands for 'Advanced Research Projects Agency Network' Came about in the arena of Sputnik and the cold war. The military needed a method of communicating and sharing all the information on computers for research and development. It would also be a handy communication system if all traditional ways were wiped out in a nuclear attack!

5. What was the First long distance Connection?
In 1965 using a low speed dial-up telephone line, MIT researcher Lawrence G. Roberts working with Thomas Merrill, connected the TX-2 computer in Massachusetts to the Q-32 in California. The phone lines weren't quite up to the task!

6. Who was Leonard Kleinrock?
Kleinrock came up with the theory of packet switching, the basic form of Internet connections. With a group of UCLA graduate students on Oct. 29, 1969, Kleinrock connected with the Stanford Research Institute but as they typed in the G in LOGIN -- the system crashed!

7. What is an Ethernet?
It's a protocol or system for a set of computer networking technologies for local area networks (LANs), the origins of which came from Bob Metcalfe's Harvard's dissertation on "Packet Networks."

8. When was the first mouse introduced?
The first computer mouse was introduced in 1968 by Douglas Engelbart at the Fall Joint Computer Expo in San Francisco.

9. Did Al Gore really invent the Internet?
No, but give credit where credit is due. He did the most of any elected official to actively promote the Internet. However, he wasn't even in Congress when ARPANET was formed in 1969 or even when the term 'Internet' came into use in 1974. Gore was first elected in 1976.
Gore himself may be the cause of this Urban Legend or Internet myth - during a Wolf Blitzer CNN interview on March 9, 1999 - Al Gore did say: "During my service in the United States Congress, I took the initiative in creating the Internet." Causing himself some ridicule but also paving the way for such future one-liners as: "I invented the environment!"

6.2 10 More facts about the internet that you should know

1. Which decade really saw the explosion of the net?
The 1990s. The Internet exploded into the mainstream with the release of the first popular web browser Mosaic in 1993.

2. How fast is the Internet growing?
Very fast! It took 38 years for radio to reach 50 million users, 13 years for TV, and only 5 years for the Internet.

3. Number of Internet Users and Breakdown.
The Internet is roughly 35% English, 65% Non-English with the Chinese at 14%. Yet only 13% of world's population, 812 million are Internet users as of Dec. '04. North America has the highest continental concentration with 70% of the people using the Internet.

4. Country with the highest percentage of net users?
Sweden at 75%.

5. How big is the Internet's surfing world?
Google's index now stands at over 8 billion pages. There are now over a Billion Internet Users and that number is growing rapidly.

6. What was the Net's first index called?
Archie, other than library catalogs, this was the first index created in 1989 by Peter Deutsch at McGill in Montreal.
Although it spouted such others as Veronica and Jughead, Archie was short for Archiver and had nothing to do with the comic strip.
Backrub was the original name for Google! Larry Page and Sergey Brin used this term for their search engine in 1996, Google as we know it debuted in 1998. The name Google is a twist on the word Googol, a number represented as 1 followed by 100 zeros.

7. What does HTTP stand for?
HyperText Transfer Protocol - it's the protocol for moving files across the net; it requires two client programs. The HTTP client and the server.

8. What is an ISP?
Internet Service Provider - This is the service or company you use to access the Internet.

9. What is HTML?
Hypertext Markup Language - it's the coded format language for transmitting and creating hypertext web pages.

10. What are your average surfing habits according to Nielsen NetRatings?
Each month you usually visit 59 domains, view 1,050 pages allocating 45 seconds for each page and spend about 25 hours doing all this net activity! Each surfing session lasts 51 minutes.

6.7 Most Popular on The Internet 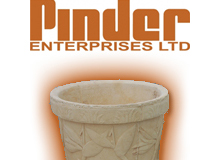 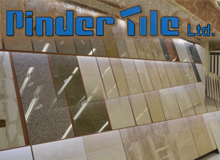 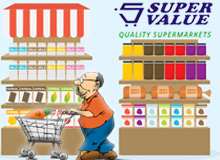