Information coming from the social media page of ZNS indicates, "Her Majesty's Corner is presently investigating the death of a suspect who died in custody at Central Police Station shortly after 8:00am this morning. (Tuesday 15th September 2015)...

The Government of The Bahamas has approved the expenditure of almost twenty-one thousand dollars for a Closed Circuit Television (CCTV) System for Central Police Station in downtown Nassau, Minister of National Security, the Hon. O.A.T. ?Tommy? Turnquest said

Police were forced to call for backup when an alleged drug dealer, who demanded to see his girlfriend, refused to leave the Central Police Station early Saturday morning, The Nassau Guardian has confirmed.
Only two female officers were on duty when the man, who is on bail for murder, came to the station questioning why his girlfriend was detained.

The Guardian understands that the man also wen...

THE decision to send Corrections Commissioner Charles Murphy on administrative leave "is foul and inappropriate" and proves "something is amiss", according to Mr Murphy's lawyer Romona Farquharson Seymour, who yesterday urged Prime Minister Philip "Brave" Davis to intervene or publicly address the matter.

A 40-year-old Freeport man was charged in Freeport Magistrate's Court on Thursday with housebreaking, stealing, assault and causing damage.

THE Supreme Court has awarded $751,900 to a Ghanaian man who was unlawfully detained at the Carmichael Road Detention Centre for nearly seven years after he travelled to The Bahamas from Jamaica for a three-week vacation.

TWO men charged with armed robbery yesterday in the Freeport Magistrates Court claim they were beaten and threatened by police officers while in custody at a police station in Grand Bahama... 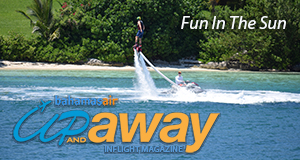