Businesses have raced to secure loans under a new scheme to help smaller firms through the lockdown crisis...

More than 1,000 participants are expected to attend Foromic, which
for the first time ever will be held in an English-speaking Caribbean
country. The event this year will focus on innovative ways to u...

One week after the appellate court quashed her conviction for the murder of her husband, Donna Vasyli appeared before the Supreme Court yesterday seeking bail pending her retrial, which has been set for January 29, 2018.
Supreme Court Justice Bernard Turner, who heard the application in chambers yesterday, is expected to give his decision this morning.
In October 2015, Vasyli was unanimously convi...

âExtra vigilance needed now more than ever, even when at homeâ, Offers 8 tips to increase safety...

AGRICULTURE and Fisheries Minister Michael Pintard said The Bahamas must closely monitor its food supplies during the COVID-19 crisis as major agricultural producers around the world are considering reducing their exports or locking down.

MEMBERS of the Rastafarian community yesterday praised the recommendations made by the Bahamas National Commission on Marijuana to have the drug legalised as a sacrament for Rastafarians, noting the move as a step in the right direction...

Recent claims by Minister of Public Works Desmond Bannister that the former board of Bahamas Power and Light (BPL) was locked in disputes on every critical issue at great cost to the company are "untrue, inaccurate and misleading", three former members of the board said [...]
The post 'Undermined' appeared first on The Nassau Guardian.

"Does he who fashioned the ear not hear? Does he who formed the eye not see? Does he who disciplines nations not punish? Does he who teaches mankind lack knowledge? The Lord knows all human plans; he knows that they are futile."..

Statement from the Ministry of Health

The Ministry of Health vigorously refutes the baseless and inaccurate assertions made in a widely circulated video posted on social media and the similarly false written statements by the MP for Englerston, the Honorable Glenys Hanna-Martin (letter to the Editor, Nassau Guardian 18/1/2020.) 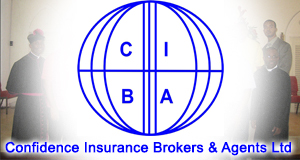