Do you think your family tree might have British roots?

A SPECIAL edition of the Best of Sports World TV show is expected to be aired 8:30pm tonight when commentator Carlos Mackey hosts American Ambassador Nicole Avant. And it is slated to be rebroadcasted 6pm Saturday.

In the show, Mackey will talk to the American on her appointment in the Bahamas, her work and keen interest in the world of sports.

"I interviewed her and she is going to tell the Bah...

The popular ZNS TV news show Press Pass has been pulled off the air, it was

The Bahamas Weekly was called in to assist with the Grommesh Family episode for ABC's popular TV show, Extreme Makeover Home Edition in 2010 when the family was whisked away to The Bahamas while their house was being built.

Coordinated and funded by The Bahamas Ministry of Tourism, the Grommesh family enjoyed many of the island's top spots during their stay.

David Mackey of The Bahamas Week...

MINISTER of Education Jeff Lloyd yesterday denied "scurrilous lies" he had any proof of Derek Rolle-Kelly's purported inheritance due to his brief stint representing his estate in the probate of his will...

Samsung has said that from spring 2019 its new smart TVs will include iTunes - software made by rival tech firm Apple...

PIGS OF PARADISE-Closing Film at 2018 BIFF

The feature documentary âPigs Of Paradiseâ, directed by Charlie Smith, will be the official closing night film at this yearâs Bahamas International Film Festival (BIFF)...

'Landlord' into the second round of Prayze Factor nominations

It was not business as usual for guests and staff at Sandyport Beach Resort on Easter Monday. Curious sunbathers shifted on towels, tipped their sunglasses, and craned their necks as a petite figure bedazzled in jewels from forehead to bikini bottom danced through the sand, camera crew in tow...

He is an acknowledged friend, advisor and supporter of Donald Trump. MoVi production department facilitated the live stream feed of the Chris Christie interview by TV show host, Fareed Zakaria on the firing of Andrew McCabe, the former FBI deputy director... 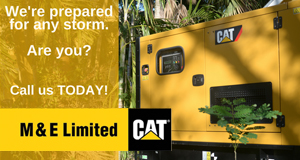 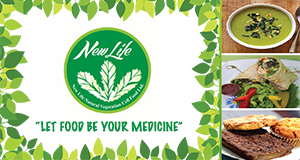