Fish By Jos Andrs reopens at The Cove

Variety of Dining Options Debut As Part Of A $19 Million Renovation...

The Caribbean Bottling Company (CBC) got in on the Cinco de Mayo fun at Green Parrots May 5 celebration...

'Under the sea' celebration theme for BREEF party

The Bahamas Reef Environment Educational Foundation (BREEF) will hold a fundraising party on Saturday, November 28th at the National Art Gallery of The Bahamas with a theme suitably reflective of its endeavors, "Under the sea". 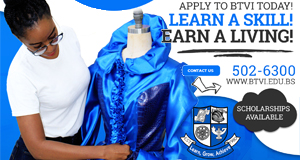