A group of men in a silver Honda Accord went on a killing spree that started late Saturday night, according to police, who believe the assailants took the lives of three men in separate incidents on New Providence this weekend.
And before the night was through on Sunday, in a separate incident, another man was shot in Nassau Village around 8:45 p.m. and died in hospital.
The Guardian understands t...

While we often want to blame the absentee father for the reason so many young men are involved with criminal activities, we must not forget the guilty mothers who train their sons to be lazy, controlling and abusive. They wash their clothes, cook for them and clean their room. They raise men who then have the same expectations of their wives, who then treat their wives like housemaids instead of l...

Tradition is a loaded gun, part 1

When a 13-year-old girl died in Egypt last year after undergoing female genital mutilation (FGM) - mainly the cutting off of a part or all of the clitoris and/or sewing or burning the vagina shut - her demise was regarded by her grandfather as "God's will".
Some of the local men including her uncle were asked if they thought it was right to do this to the girl, particularly when FGM is now a crimi...

If you disagree with Mitchell, then you are ignorant, homophobic and anti-PLP

Dear Editor,
The Whistleblower hopes that noted televangelist Dr. Myles Munroe wasn't caught off-guard when Foreign Affairs and Immigration Minister Fred Mitchell gave him a tongue-lashing for publically calling him out on his latest pro-homosexuality pronouncement.
Mitchell has a habit of using pejoratives to describe anyone who doesn't agree with him. Last month he called Free National Movement...

Case of men accused of cop's attempted murder to resume

The attempted murder trial of two men accused of attempting to rob a policeman is expected to resume today.
The trial of Maurice Armbrister and Excel Josey began on January 27 but continued in the absence of the jury for two weeks.

They are accused of the April 10, 2013 attempted murder of Superintendent Clayton Fernander during a failed bid to rob him of his gold chain outside his home in Fair...

A wounded policeman chased his assailants after he was shot, a Supreme Court jury heard yesterday.
Maurice Armbrister and Excel Josey are on trial for the April 10, 2013 attempted murder of Superintendent Clayton Fernander during a failed bid to rob him of his gold chain outside his home in Fairview Heights.
They have denied the allegations at their trial before Justice Carolita Bethell.
Fernander...

Diagnosis And Solution Of Haiti's Ills

The Republic of Haiti holds one third of the island of Ayiti, or Hispaniola. It sits as the pendant of the chain of the Caribbean islands. It has an historical stormy and tragic past. It is now very vulnerable. This vulnerability is due to its past because it was the most exploited of all the islands of the Caribbean, as it had to burn most of its assets to acquire independence.

A mother told The Nassau Guardian yesterday that she is afraid to have her 15-year-old son go out alone after he was brutally beaten and stabbed six times on Parliament Street following the Independence Day Junkanoo Parade.
Erin Fowler said he was stabbed so deep at one point that his lung was punctured.

Fine Threads is Bahamaslocal.com Business of the week!

With the latest in men's formal wear, designer suits, sports jackets and accessories Fine Threads has secured its place at the forefront of Bahamian mens fashion. Visit them at one of there many locations! 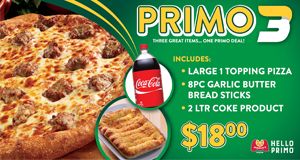