Police analysis suggests that about 50 percent of crimes could have been prevented had "basic" security measures been implemented, Superintendent Stephen Dean said.
Dean said many Bahamians failed to protect themselves and their property and unintentionally gave criminals easy access to their property.
"The criminal element is getting much wiser," he said during a crime prevention press conference...

DNA party calls on the Government to protect its citizens

The fundamental principle of governance is the protection of its citizens and upholding the Rule of Law.  If a Government cannot apply this principle effectively it ought to be removed.

There is no doubt that the Bahamas, New Providence in particular, is one of the top ranking countries in the world for crime. This island 21 by 7 has one of the highest per ca...

A gaming Board inspector is in police custody in connection with Sunday's failed robbery of an armed car in front of a local web shop.

Police announced yesterday that they cracked a housebreaking ring, which involved the theft of thousands of dollars worth of electronics and jewelry from homes in southwestern New Providence.
Police arrested eight people -- three men and five women, all in their early 20s -- during a special 13-hour operation that ended at 5:30 a.m. yesterday.
Officers also recovered laptops and a shotgun during t... 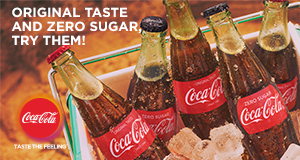