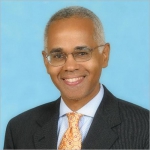 A prominent businessman has suggested that powers given to a value-added tax (VAT) commissioner under draft legislation are "setting a dangerous precedent" and may be unconstitutional.

In light of extensive provisions granting powers to a commissioner that in some instances call for this individual's VAT enforcement-related decisions to be carried out "notwithstanding any law to the contrary", Rick Lowe, operations manager at Nassau Motor Company, suggested the government seems "bound to make criminals of us all" once VAT is implemented.

"It seems like due process is being thrown out of the window, the court system is being made irrelevant and we are appointing our bureaucrats now as judge and jury. It's a very dangerous precedent which I think should be challenged legally," said Lowe.

He was commenting on provisions in the draft VAT Bill 2013, which delineate how an as-yet unidentified "VAT commissioner" will be appointed with extremely broad-ranging powers to enforce VAT once implemented, including the ability to demand to see an individual's bank accounts, to forcibly close their business, to seize and sell their property and to apply to "enter at any time without prior notice" a business establishment.

In addition to having responsibility for overseeing the day-to-day functions and operations of the VAT division of the Central Revenue Agency, including the assessment, levying and collection of tax and the administration and enforcement of the provisions of the VAT legislation, the VAT commissioner will be able to decide - either unilaterally, or in some cases with the permission of the Revenue Court - whether heavy enforcement measures will be taken against those who commit VAT-related infractions.

"The commissioner has oversight of the VAT division to ensure that there is efficient and effective tax collection and the enhancement and maximization of valued-added tax revenues to the consolidated fund," states the VAT Bill 2013, obtained by The Nassau Guardian.

On a daily basis, it will be this person who will process claims for VAT registration and for input tax deductions, deciding whether a claim for a deduction is allowable and the amount, if any, that is allowed.

The VAT commissioner would also have ultimate responsibility for whether a person is deemed a taxable person, or a transaction is a taxable transaction; if a taxable supply is to be taxed at a standard rate, a special rate, a zero rate or is to be exempt; if an import is taxable and at what rate; if something imported was done so in the furtherance of a taxable activity; if a certain supply constitutes a supply of goods or services, and more.

It is not clear to date who the government has in mind for this post, how and when that individual will be selected and what that individual's term or level of independence would be.

Contacted yesterday regarding whether the government had made a determination on who will hold the post, Minister of State for Finance Michael Halkitis did not respond.

The government has made it known that it is prepared to put in place strict enforcement provisions to ensure compliance once VAT comes into effect. Some business people, such as Superwash President Dionisio D'Aguilar, have suggested that it is only with draconian, non-compliance penalties that the government can expect to avoid widespread VAT evasion and therefore make up the revenue it is hoping to obtain. But Lowe took a different view.

Under the draft VAT Bill 2013, the VAT commissioner will have significant "investigatory powers".

He or she can require a person to "furnish such information as the commissioner specifies concerning himself or any other person the commissioner considers (to be) an unregistered taxable person, or may otherwise be liable to pay tax".

The commissioner can demand an individual presents himself or herself to be "examined under oath before the commissioner" or a VAT officer "concerning the tax affairs of himself or any other person".

The commissioner could also "by notice in writing" require a bank to provide the "details of any banking account or other assets that may be held on behalf of a person" or a "copy of bank statements or statement of assets" belonging to a person.

This provision has effect "notwithstanding any law to the contrary relating to the privilege, public interest, bank confidentiality or bank secrecy", states the legislation.

If the VAT commissioner suspects an offense under the act has been committed, he or she can apply to the Revenue Court for a warrant authorizing an officer to "at any time and without prior notice" enter a premises, search for records and remove them.

And the VAT commissioner may undertake distress proceedings against the personal property of an individual liable to pay taxes in order to recover unpaid tax, by seizing and selling property belonging to that person.

Ultimately the commissioner can apply to the Revenue Court for the forcible closure of a business that has "repeatedly contravened or failed to comply with the act or the regulations".

This includes by failing to issue VAT invoices in accordance with guidelines provided; failing to file VAT returns; failing to pay tax due, improperly claiming VAT refunds and more.

The VAT commissioner also has the power to "name and shame" defaulters by publishing their identities in the media.

Lowe, an outspoken critic of the government's VAT plans, said that the provisions suggest the government is "tampering with due process and the rule of law".

"It's really dangerous. I don't want to say that I told you so but for 16 and 17 years we in the Nassau Institute have been called all sorts of names, they said we were extremists, but it's almost like we were writing a play, it's scary.

"The incentive to comply is to be a decent citizen and to comply with a law that is not immoral; if the government is taxing us out of existence how on earth can that be a moral law? You can't keep backing people into a corner and then set penalties because you have harmed them.

The law does allow for an appeals process against decisions taken by the VAT commissioner.