The day I fought to save my boy's life, by John Travolta

Nassau, Bahamas - John Travolta spoke fully yesterday for the first time about the battle to save his teenage son's life at the family's holiday home in the Bahamas.

He was giving evidence in the trial of a paramedic and a lawyer accused of trying to extort $25million from him by threatening to release a document relating to his son Jett's care.

The actor spoke in a hushed voice as he told a jury how he was awoken by a nanny frantically banging on his bedroom door after the 16-year-old had been found unconscious.

As his actress wife Kelly Preston looked on from the public gallery, Travolta, a follower of Scientology, told how the couple dashed downstairs to find Jett lying motionless on his bathroom floor after suffering a seizure.

Amid chaotic scenes, he desperately tried to breathe life back into the chronically ill boy - whom he yesterday admitted for the first time was autistic and regularly suffered fits.
But ultimately, his efforts failed - Jett died at Grand Bahama's Rand Memorial Hospital, Nassau Supreme Court heard.

Travolta had rolled up to the city centre court house in a convoy of three blacked out SUVs and was ushered into a nearby police station.

He was accompanied by several of his fellow Scientologists, as well as his wife. The Saturday Night Fever and Pulp Fiction star, who has reportedly been dreading giving evidence, looked sombre in a black suit for the occasion.

He personally filed the extortion case with Bahamian police after paramedic Tarino Lightbourne and ex-Senator Pleasant Bridgewater allegedly demanded money from him.

The star was asked in court to relive the events of the morning of January 2, 2009 - the day Jett died.
Taking a deep breath, he said: 'I was sleeping in the condo with my wife.

'My son was in the room below and my daughter was next door. I was awakened by Eli, my son's nanny, pounding on the door saying Jett was unconscious.

'I ran at the door, I ran downstairs to help my son with my wife. I saw him on the bathroom floor.
'His other nanny, Jeff Kathrein, and an employee, a woman, was doing CPR on him. I took the place of the woman. Jeff was doing compressions and I was doing breathing. I asked if an ambulance had been called and I was told "yes".'
While giving his testimony, Travolta, 55, had also been asked whether his son had suffered with any medical problems.

'Yes, my son was autistic and suffered from seizure disorder,' he replied.

'Every five to ten days he would suffer a seizure lasting 45 seconds to a minute and then sleep for about 12 hours.'
At one point, his testimony was abruptly delayed for legal arguments. As he stepped down from the witness box, the star immediately took his wife's hand.

He appeared to be exhausted and was overheard saying: 'I'm going to lay down and get some rest.'

Resuming his evidence later, Travolta appeared hot and dishevelled.The top button of his shirt was open and he kept clasping his hands together. The actor was asked by the Director of Public Prosecutions, Bernard Turner, to pick up where he left off.

Looking bewildered, the actor replied: 'Is it OK if I ask where we are?'

Preston held a tissue in her hands and appeared tearyeyed.
After being prompted, Travolta added: 'We continued the CPR - at this point it was Jeff Kathrein, myself, and my wife was holding my son's head.

'At this point a friend of mine that was part of the group had arrived at the hotel and one particular gentleman I wanted there because of his medical expertise.' He identified that man as Jared McGrath. 'He took over the spot that Jeff Kathrein was on with the compressions on Jett and I continued the breathing. The hotel medics, first alert type people, came shortly after.'

Travolta is one of 14 witnesses to be called in the case in which Lightbourne and Bridgewater are charged with blackmailing him in return for suppressing documents concerning the death of Jett.

It has been claimed in court that trained pilot Travolta initially refused to allow his son, to be transported to a hospital on the island, but insisted he would personally fly the boy to America for treatment.

Lightbourne and Bridgewater, are accused of demanding money in return for not passing on to the media a 'refusal of medical attention' form which the actor is said to have signed.

Continuing yesterday, Travolta said he asked an ambulance driver who had turned up at the home to take him and Jett to the airport.

He said the driver - whom he did not identify in court - then gave him a 'liability release document', which he signed.

He said he did not read the papers first because 'time was of the essence'. For the intensely private Travolta, the case has been an ordeal.

It seems he faces some awkward questions - whether inside or outside the court - about his allegiance to the teachings of the Church of Scientology, and claims that Jett may not have received the treatment he needed because of his father's adherence to the cult-like religion's outlandish doctrine.

Travolta and Miss Preston have always asserted that their son was suffering from a little known condition called Kawasaki Syndrome.

They claim the illness, which affects the heart and is not usually seen in children over the age of five, was caused by the carpet detergents that the obsessively clean Travolta insisted were regularly used on his son's bedroom when he was a baby.

As leading disciples of Scientology, the couple have in the past argued that conditions like autism do not exist, but are merely psychosomatic.

Sources close to Travolta's circle admit his aides are steeling themselves for potentially damaging revelations in court.
On the day Jett died, he had been found by Jeff Kathrein, a fellow Scientologist and wedding photographer, who Travolta has since claimed was hired as a male nanny to the boy shortly before his death.

The 29-year-old Kathrein is the same man who was photographed three years ago being kissed on the lips by Travolta on the steps of the actor's private jet. Those pictures reignited speculation about the star's sexuality.
The trial continues. 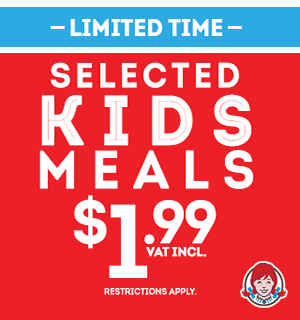