From peach fuzz to long, coarse growth, women have been doing battle with excess hair and hair removal for centuries. And then there are those who are interested in hair removal for areas such as legs, underarms or the bikini area where growth is normal, but sometimes undesirable. No matter the reason, there is no shortage of ways to cope -- laser, electrolysis, waxing, shaving, depilatories and tweezing. And many women have tried them all.

During their teenage years most women start out using creams, then moving on to razors before graduating to waxing, but one of the latest hair removal crazes involves a combination of three common items that can be found in any pantry, sugar, water and lemon juice extract. Body sugaring is an ancient Egyptian method of hair removal using three common pantry staples, sugar, water and lemon juice extract.

The sugar paste is applied by hand against the hair growth so that when the hair is removed in a flicking motion and pulled out by the follicle in the direction of hair growth. This method of hair removal drastically reduces the occurrence of hair breakage, painful ingrown hairs and allows the technician to remove smaller, harder to grab hairs, according to Amier Taylor, a certified body sugaring instructor, esthetician and massage therapist who says the procedure is catching on with Bahamians.

"The paste is all natural and does not stick to your live skin cells like wax would," said Taylor. "Basically it only sticks to hair and dead skin cells and extracts the hair from the root. It pulls out that little white bulb at the hair that supplies the hair with blood and nutrients to grow, so by extracting that, when the hair does grow back, it grows back thinner and less hair will grow back, she said.

Comparing body sugaring to other forms of hair removal, Taylor says the sugaring procedure does not damage the skin.

"It won't tear the skin. It won't burn the skin, and it actually helps to exfoliate the skin by removing the dead skin cells so you get a smoother finish. And actually, people who have eczema and over dry skin and who live in cold climates, for them it's a perfect method of exfoliation, even if they don't want the hair removal process done," she said.

While most people hate the pain that comes with waxing and seek more painless ways of removing unwanted body hair, Taylor says she could not guarantee that people won't feel something when they are sugared.

"I always tell people that I can't give them a definite answer as to whether or not it (sugaring) hurts because everybody's pain tolerance is difference. Clients will feel a slight pinch because the hair is coming out from the root," she said.

Taylor Kemp (name changed) who is in her late 20s who recently had a Brazilian sugaring done (not by Taylor) described it as one of the most painfully excruciating moments of her life.

"I felt like she literally ripped the skin of my 'vajayjay'," she said. "I was getting a Brazilian. She took off the first half, and I just screamed. I wanted to leave right then, but I had to finish it because I couldn't walk around with half of it finished. I know I would never do it again ... I would have to be drunk," she said.

While the body sugaring instructor says sugaring can be done at home, she says there is a proper technique that has to be followed to prevent breaking the hairs because broken hairs cause ingrown hairs, so she advises people opting to sugar to seek a professional to do it.

"A lot of people are more interested in all-natural methods of hair removal, so I always let them know that body sugaring is an advantage and it won't damage their skin," said Taylor. "Basically using that natural method you won't have to worry about waxing because waxing has chemicals and resins in it, and sometimes people have an allergic reaction to the wax itself, so I always push the natural method to people."

Sugar paste is said to be safe for all skin types, even the most sensitive. While Taylor extols the virtues of body sugaring, she says sometimes people may have a histamine reaction, due to the extraction of hair from the body, resulting in a few white bumps popping up on the upper lip, an adverse reaction which she says usually lasts a day or two for people that have never had sugaring done before. She says it's very rare, but said if it does happen, using an antihistamine like Benadryl would help to calm the outbreak. She also said they offer mud treatments to help people with any adverse reactions, which she says rarely happen.

Pre sugar care, people are asked not to exfoliate their skin the day before their service, and avoid using any creams or lotions on the day of their appointment.

Between sugaring appointments, it's also suggested that clients keep the sugared areas exfoliated and moisturized, although exfoliation should not be done until 24 hours after sugaring.

After an immediate sugaring appointment, clients are advised to avoid perfumes; scented creams/lotions; deodorant if they had their underarms sugared; heat such as baths/steam rooms; direct sunlight or tanning beds and perspiration.

According to Taylor, who works out of Ahhh Massage and is also mobile, sugaring is also affordable and can range between $18 and $70 based on the body part being sugared. The face she says starts at $18, the underarm is $27, a Brazilian is $70 and a semi-Brazilian is $60.

The results she says can last anywhere from three to four weeks, although Kemp begged to differ. She said after her Brazilian, she did not see any difference to the results than when she used her normal shaving cream. And that she preferred to just pay $6 for a bottle in the future.

"Nine out of 10 persons love body sugaring and eight out of 10 people usually return to have it done again, even though some of them may have said it was a little painful for them. But because of the results, they usually come back," said Taylor.

For those people who are still new to body sugaring, and those already enamored with the process, Taylor will host a "Sugar Party" on Friday, August 9 at The Garden of Eden, Eastwood Estates from 6:45 p.m. to 11 p.m. At the party, sugaring demonstrations will be available to try to the lip, underarms or bikini line. Entry into the party is $5 in advance, $10 at the door.

"I decided to have the Sugar Party because there are so many woman that want an alternative to shaving, waxing and tweezing, but have never heard about sugaring," she said.

Hand, foot and back massages will also be available during the party which will also showcase products and services from Tab Foot Therapy, Vixen's Corsets and Intimate Apparel, Ardyss, Epic Transformation and Slumber Parties Inc. 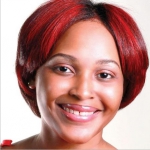