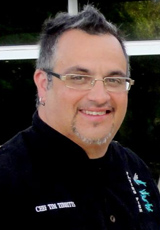 Pork is the top
consumed protein in the world with over 99 million tons consumed last
year. And there is good reason. It's absolutely delicious. It's also
incredibly versatile in the things
you can do with it. Different cultures
all over the world have all taken to finding their own ways to get the
most
from the beautiful pig and from that we get today's topic. Today we are
going to discuss Ham. Not just ham but the complete A-Z of
ham. So without further adieu let us dig
in.

Traces of production of ham has been found in Tuscany, in the Etruscan
civilization and dates back to the fifth century BC. In

De Agricultura Cato described the process of making
cured ham, in Latin called perexutus, that meant "without any liquids".