Cervical cancer -- the second leading cause of cancer deaths is preventable

January is the month that has been designated by many cancer societies around the world as Cervical Cancer Awareness Month due to the fact that globally, cervical cancer is one of the leading causes of sickness and death in women. The overall effects of this preventable disease are incalculable, but the economic loss in terms of lost earnings in the Caribbean and Latin American region alone, has been estimated at $3.3 billion annually. This also holds true for us here in The Bahamas.
Cervical cancer is the second leading cause of cancer deaths among Bahamian women. The Cancer Society of The Bahamas (CSOB) in partnership with the Ministry of Health, provides a national screening program that makes cervical cancer screening readily accessible to women, throughout the Commonwealth, free-of-charge. Sadly every year, more and more women are still being diagnosed with cervical cancer, a significant number of whom die from the disease for which the awareness color is teal.

What is cervical cancer?
Cervical cancer is the uncontrolled growth of cancer cells in a woman's cervix (the "neck" of her womb or uterus). Cancer begins as a mutation within the nucleus of the cell. The affected cell will undergo a number of mutations or changes - four, generally before it becomes "cancerous".

Who is at risk for cervical cancer?
Most women who are diagnosed with cervical cancer tend to have one or more identifiable factor(s) that increase their risk for the disease. While it is uncommon, it is not impossible to develop cervical cancer without any of the identified risk factor(s) being present. Some risk factors that can be changed include diet, smoking and oral contraceptives while some cannot be changed, example age and race. The eight identified risk factors are age, race, sexual history, human papillomavirus (HPV), human immunodeficiency virus (HIV), diet and weight, oral contraceptives and smoking.
Age: Most cases of cervical cancer are found in women who are younger than 50 years. However, the risk of cervical cancer does not completely disappear with age. Almost 20 percent of women with cervical cancer are diagnosed at age 65 years and older. Additionally, the death rate from cervical cancer is higher in women who are older than 55 years.
Race: The American Cancer Society (ACS) has estimated that black Americans are twice as likely to die from cervical cancer as the (U.S.) national average. The ACS also estimates that the death rate among Hispanic and American Indian women from cervical cancer, is significantly higher than average. Researchers believe that these population groups, combined with low socio-economic factors result in fewer women in these groups having regular Pap smears. It is therefore not surprising that in The Bahamas, with a predominately black, young population, a significant number of whom are in the lower socio-economic status, we experience a higher than average death rate from cervical cancer.
Sexual history: Women who become sexually active at an early age (younger than 16 years), are at higher risk of developing cervical cancer. Also, women with multiple sex partners are at higher risk. As a consequence of individual sexual history, some women are at greater risk of contracting the human papillomavirus (HPV), a sexually transmitted disease (STD), than those who delay their sexual activity until marriage, and/or restrict this activity to one partner. Unlike most STDs, this virus cannot be prevented by using a condom or other birth control methods. Certain strains of HPV increase cervical cancer risk.
HPV: This is a common STD that affects both males and females. There are over 80 different strains of HPV, and most do not pose any health risks. However, strains HPV-16, HPV-18, HPV-31 and HPV-45 are the most common high-risk strains and they may cause cellular changes that could progress to cervical cancer if not detected and treated. Women who have abnormal Pap smear results may be tested specifically for HPV.
The human immunodeficiency virus (HIV): This viral infection causes AIDS, and also increases the risk for cervical cancer. This happens because HIV damages the body's immune system, making it easier to contract HPV, and more difficult to clear it from the body. Persistent HPV infection is associated with cervical dysplasia and cervical cancer.
Diet and weight: The types of food and the quantities eaten have a direct impact on health, and increase the risk of developing cervical cancer. For example, women whose diets are low in fruits and vegetables may be at greater risk for developing this disease. Additionally, women who are obese are at greater risk for developing cervical and breast cancers.
Oral contraceptives: According to the National Cancer Institute (NCI), there is some scientific evidence that links the long-term use (more than five years) of oral contraceptives with higher risk for developing cervical cancer. More recent research however, has shown that infection with HPV is the single most important cause.
Smoking: Smoking alters the immune response and tobacco also contains cancer-causing agents. As a result, women who smoke are more likely to develop cervical cancer.

The good news.
Cervical cancer is preventable. This prevention can be either primary prevention or it can be secondary prevention.
Primary prevention: The focus is on preventing the cells from becoming abnormal. The HPV vaccine is most effective in this regard. There are two HPV vaccines on the market. Both are effective in preventing cervical cancer and dysplasia. Three doses, over a six-month period are needed to ensure protection. These vaccines lower the risk of cervical dysplasia up to 80 percent. While the vaccines were initially only (FDA) approved for young females aged nine to 26 years, they have now been approved for older females.
Secondary prevention: The focus is on early detection and treatment of the pre-invasive disease - that is, treating abnormalities detected on a routine Pap smear.
o By being screened on a regular basis, yearly, women protect their health, and can effectively help to prevent cervical cancer and thereby change the statistics.
o Cancer of the cervix is preventable.
o Regular Pap smears and colposcopy exams will detect any changes in the epithelial cells.
o The majority of abnormal Pap smears are due to inflammation or infection and not to cancer.
o Early mutation in the epithelial cell will alert the doctor if any changes are taking place. The doctor will be able to treat it before the mutation progresses to cancer.
o Early detection in this case, can effectively prevent the development of cancer.

Signs and symptoms of cervical cancer
There are often no signs or symptoms in the early stages of the disease. This is why it is so very important for all Bahamian women, from the time of becoming sexually active, to have a Pap smear test every year to detect pre-cancerous, or cancerous cervical cells.
Abnormal vaginal bleeding, unusual vaginal discharge, pelvic pain, and pain during sexual intercourse may be associated with cervical cancer and should be reported to the doctor for further investigation, as soon as possible. (It must be noted that these symptoms can also indicate a number of conditions other than cervical cancer).
o Abnormal vaginal bleeding is the most commonly experienced symptom of cervical cancer. This could be post-coital bleeding (bleeding associated with sexual intercourse); bleeding after douching; heavy periods; heavy spotting between periods, or an additional period within the normal monthly cycle. Any heavy, sudden onset of abnormal vaginal bleeding should be reported to the woman's doctor/healthcare provider, as soon as possible.
o Unusual vaginal discharge - excluding bleeding.
o Persistent pelvic pain that is unrelated to another condition, for example, menstruation or physical exertion, can be a symptom of cervical cancer.
o Pain during sexual intercourse.
Why you need an annual Pap smear test?
This test is necessary every year because it detects cervical cancer early. It can also detect changes in the cervical cells even before they become cancerous. Sadly, many women, especially Bahamian women, who are diagnosed with cervical cancer, have never had a Pap smear test even though this test is available, free-of-charge, throughout the Commonwealth of The Bahamas. Also, many women who are diagnosed with cervical cancer had not had a Pap
smear test in over five years, so the diagnosis in such cases is often made late.
Guidelines for good cervical health (This involves living a balanced life of work, home, leisure, relaxation and play).
o Eating a variety of healthy foods, most of the time.
o Exercising daily, for at least half an hour.
o Taking time daily for quiet devotions/meditation.
o Getting adequate sleep (six to eight hours nightly) in a dark, quiet room.
o Taking time to "play". Have fun - laugh a little.
o Safe sex practices with one partner only. If not, always wear a condom during sex.

The Cancer Society of the Bahamas is committed to the awareness, education, prevention, research, advocacy, care and cure of cancer across the islands of The Bahamas. This work of caring and sharing is made possible through the generosity of individuals and groups throughout the country and abroad, who donate their time, talent and funds. For more information on the CSOB, or to learn how you can become a part of this caring network, telephone 323-4441 or 323-4482, or visit the website at: www.cancersocietybahamas.org. 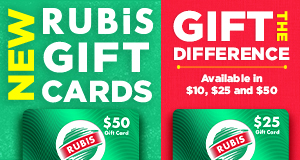