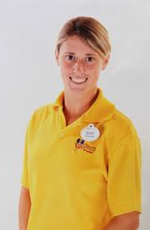 On Tuesday 22nd March 2011, a twenty-four year old British national, Miss Rebecca Coriam, was reported missing from the cruise ship, Disney Wonder, on which she was employed as a children's counselor. At the time of Rebecca's disappearance, the cruise ship was en route from Mexico to Los Angeles. The Captain of the Disney Wonder promptly initiated a full search of the ship.

Additionally, a sea search was carried out by the Mexican Navy and The United States Coast Guard. Regrettably, all searches failed to locate Rebecca Coriam. The Disney Wonder is registered on the Merchant Shipping Register of The Commonwealth of The Bahamas. Bahamian Police authorities have...