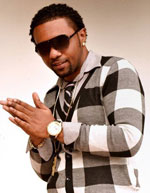 JAMAICA - 'Nuh Normal' the name of Kray-Z's first official music video is set to drop soon, as the artiste gears up for full on promotion of this single. The riddim was released in early 2011 and is still picking up major recognition, rotation and positive reviews.

The song, internationally produced, is a fast-paced great feel-good song, which Kray-Z himself is absolutely in love with. "The beat has this mellow, hip hop vibe, so once I heard it I knew I was going to do a girl song on the riddim," he said...