The issue of food insecurity was the main topic during a lecture sponsored by the Department of Cooperative Development, Ministry of Agriculture, Marine Resources and Family Island Affairs and the Bahamas Cooperative League Limited, recently.

The lecture, presented by Dr. Shelley Bridgewater, Country Representative for the Caribbean Agricultural and Research Development Institute (CARDI), was held at the National Training Agency on Monday, 20th June.

Held under the theme, “Economic Empowerment through Cooperatives,” the lecture is part of a series recognizing the month of June as “Cooperative Month.” Representing the Minister of Agriculture, Marine Resources and Family Island Affairs, the Hon. Clay Sweeting, who was attending a graduation -- Permanent Secretary, Mrs. Phaedra Rahming-Turnquest said that given the impact cooperatives have had on empowering Bahamians over the past decades, the theme aptly captured the essence for the reason for cooperatives in the country.

“This is a very timely theme give the Ministry’s objective of addressing food insecurity,” she said. “Cooperatives owned by the people for the people, have been empowering Bahamians for years, in a cross-section of financial ventures, whether it is home ownership, education or other types of loan and savings objectives. This theme encourages Bahamians to work in a unified manner to focus on the fight to sustain ourselves.”

During her lecture, Dr. Bridgewater discussed the various methods that farmers can tap into, regarding the economics of agriculture and she highlighted five pillars for empowerment. Those pillars include: Climatic Resiliency, where farmers would be guided by the climate to maximize on planting their crops; Market Intelligence, where they would study the market to ensure that the products they offer meet market preferences; Training and Development; Creating Circular Agriculture Economies, such as maximizing on all the various offerings of a crop (for example: coconuts can be used for their fruit; their skin can be used for mulch; coconut also can be used to produce drinks, oil, vinegar, etc.). The final pillar is a focus on Partnerships that farmers can enter into with Cooperatives.

“If we can make the correlation between agricultural empowerment and reducing food insecurity, we can find ways to sustain ourselves, especially given our dependence on other countries,” she said. “Given that 92 percent of the food in The Bahamas is imported, we must make serious efforts to reduce the dependence of imports, especially given the current climate we’re in.” 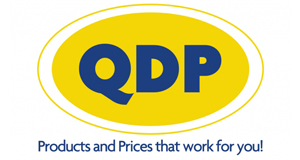