Doongalik Studios is proud to announce their first exhibition for 2022 – a solo Exhibition by Candis Marshall entitled “Blueprint: Visual Memories” that will open on Friday, February 4 from 6 – 8.30pm by appointment only.

Marshall states that “Blueprint is a retrospective of the past decade of my journey as a creator. It lays bare my origins as a writer and storyteller with deep roots fed by springs of spiritual enlightenment, ancestral wisdom and an unquenchable desire to understand the world around me in all of its glorious splendor. It is my memories visualized in the form of photography, stories, and mixed media installations.”

It was approximately twelve years ago that Marshall stood in a doctor's office with the limp, unresponsive body of her young son draped across her arms. In that moment she knew that if she lost him, she would also lose herself, but then, as though he had heard her thoughts he gasped for air, reviving them both.  This gave Marshall a new perspective of the life before her. She no longer saw the time she had in this world as limitless.  This experience had simultaneously grounded her and gave her wings - wings, courage, and a strength to move the ground beneath her.

In the year that followed, Marshall began to rethink and reorganize her life around the question, “if this moment is the only one you will ever have, how will you make it count?”  At this point, in her community Marshall was known for coming up with big ideas geared toward transforming her community and improving the lives of those around her through partnerships with youth based programs, and religious and civic organizations. She always found ways to bring people together to execute those ideas in spite of perceived limitations. Almost losing her son prompted her to take a more personal approach to how she would transform her community. She would make her moments count by not only giving to her community, but also giving to herself by fulfilling her dream of becoming a professional artist.

Born in Nassau, Bahamas Marshall has been a practicing artist for more than two decades. However it was not until 2012 that she officially began her professional career as an artist by closing her beauty supplies business and hitting the road to sell her photographic art door to door.  Within months of making this decision she would be featured at the Hillside House Gallery in a joint exhibition entitled “Dieing to Be Beautiful: A Conversation Between A Mother and Son Through Photography”. This exhibition consisted of photographic work by Marshall and her then four year old son.

While this exhibition was still underway, she was invited to participate in the Bahamas’ Sixth National Exhibition entitled, “NE6: Kingdom Come”. The piece she presented received stellar reviews: “This notion of fragmentation is echoed in Candis Marshall’s Pilgrimage. Upon a cursory glance, Marshall’s piece appears to be a close up of a plant, with the plant’s body in the faded background. Metaphorically, the piece speaks to the passing of time, as two human-like figures appear to be making a pilgrimage together. Through the use of bold colors the two beings are made part of a large collective whole, and in their pilgrimage they are fragmented and made different from the whole.”

This work would be the catalyst that would cause Marshall  to draw clear lines between the work that she created to be consumed by all and the work she created solely for her own enjoyment.

Over the course of the decade that has followed those initial exhibitions, Marshall has carved out a spot for herself as an ‘artpreneur’. Her artistic endeavors include showcasing her photography and sculptures at galleries throughout Nassau. She has won awards for her work as the Bahamas’ only “tire artist”.  Marshall has also participated in dozens of cultural festivals, artist showcases, and expos with the intent not only to present her work, but more importantly to bring awareness of  her message of  economic and environmental sustainability through the arts.

She has represented The Bahamas internationally through her tire art, drawing attention to the high standard of creative excellence that exists in the Bahamas. She has written two books of which she has sold over six hundred copies. She has partnered with more than thirty local and international organizations to execute programs that reach at-risk youths through the arts. In 2019, she led the Centreville Primary Power of Play project that drew  over two hundred and fifty volunteers  from organizations around the world and local businesses and civic organizations, such as the Rotary Club.

Marshall’s reach as an artist, writer  and community builder seems to be never ending as she continues to collaborate and create ways to promote the arts as a sustainable career that fosters growth in all areas of society.

“Blueprint: Visual Memories” is a closer look into what inspires the unstoppable force that is Candis Marshall to keep moving forward in the face of what seems to be unmovable circumstances. It will be on display until Monday, February 28. To schedule an appointment for the opening night, please email the gallery at pam.burnside@doongalik.com, and to learn more about the artist, google her by using the key words “Candis Marshall Bahamas”  or follow the links below. 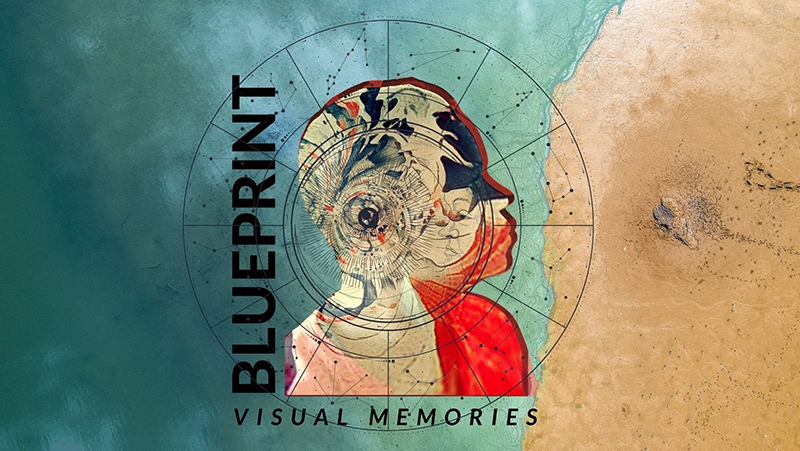