FORMER Prime Minister Dr Hubert Minnis criticised the Davis administration’s COVID-19 response in the House of Assembly yesterday, saying his successor has been “missing in action” from the fight compared with other world leaders.

He said: “Were we returned to office, as the sitting Prime Minister, I would have given a national address within days to address the state of the pandemic. Indeed, throughout the pandemic, we held regular press conferences. I addressed the nation on many occasions. Unfortunately, the new Prime Minister has failed to give such an address thus far.

“Many Bahamians are confused as to what the government’s plans are. The government seems to lack understanding and direction on dealing with the pandemic, just as they did when in opposition. They have more than a communications problem. They also have a serious policy problem.”

“The difference is that this time, their irresponsibility will have deadlier consequences,” he said.

“My government when in office had a firm policy concerning the Family Islands. Our policy generally worked. Our island communities do not have the major hospitals and intensive care units that exist in New Providence and Grand Bahama.

“We knew that if the virus was allowed to run wild in the Family Islands it would be difficult to treat all the sick people. Since coming to office, the government has irresponsibly and recklessly loosened restrictions. In recent weeks there have been outbreaks in several Family Islands.

“Residents have gotten seriously ill. Some have died. What is most shocking about these outbreaks is news of them often broke on social media. Journalists or people from the areas told of the deteriorating situations. The new administration seems lost, chaotic, out of touch.”

He said Dr Minnis should hold his head in shame and “be careful how you twist your mouth to talk about the people in the Family Islands.”

A pilot free testing plan has been rolled out in several Family Islands, but has not been initiated nationwide.

He said: “When will this free mass testing begin? What type of free testing does the government plan to offer? PCR tests are the top-level test for the virus that causes COVID-19. Is it the intention of this government to make mass PCR testing free? Do they have the number of tests required? How much will this cost? How frequently will they test? Do they have the number of personnel needed to give the tests and to do the lab work on the tests? How quickly will they notify individuals about their test results?” 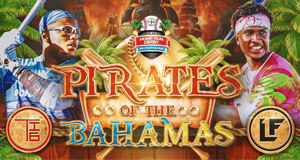