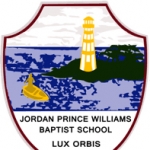 Alumni of Prince Williams Baptist High School have taken to the airwaves of local radio and television talk shows as well as newspapers and social media, in a media blitz, to share with the Bahamian public the legacy of their alma mater’s 60- year history.

The anniversary celebrations will take place over an entire year ending in October 2022. In addition to the media blitz, an Anniversary Celebration Committee has planned a series of events for the upcoming year including a motorcade that took place last Sunday and a church service that is scheduled for this Sunday, October 10, 3:30 p.m., at the Baptist â¨Auditorium, Jean Street, Nassau.

Members of Prince Williams Alumni Association appeared on Tuesday morning’s edition of the Broadcasting Corporation’s “Immediate Response,” and last week, members of the Association made an appearance on Layvon Miller’s show on Guardian Radio. A series of other media appearances have been scheduled over the next few days. Details on other events will be announced shortly.

Rev. Geoffrey Wood, a Baptist Minister, Member of The Bahamas Baptist Association, an alumnus of the school, and chairperson of the Anniversary Committee, has shared that the purpose of the anniversary celebrations is to highlight the school’s resilience over the past 60 years in surmounting major setbacks of its early years to become a thriving educational institution contributing to the educational development of our nation’s youth . He said that the true success of the school lives on in the thousands of former students scattered around The Bahamas and the world, including Supreme Court Justices, Donna Bascombe Newton and Estelle Gray Evans; Bahamas Auditor General, Terrance Bastian; former Bahamas Ambassador to the U.S., Joshua Sears; leading cardiologist Dr. Patrick Cargill and a distinguished cadre of senior civil servants, noted theologians, leaders and professionals whose contribution is felt in their various respective communities by persons from all walks of life.

Pastor Wood, who is also a former educator who taught for ___ years at Prince Williams, said that the original purpose of the school was to “create an opportunity for youth of lower socio-economic strata to get a high school education that was not readily accessible to them in the late fifties and early sixties.” The school’s purpose was also to prepare theological students to sit the University of London’s Bachelor of Theology Degree. Pastor Wood further stated that although many of the original students hailed from Nassau, Bahamas, students also attended from the Family Islands, while other theological students hailed from places such as Nicaragua, Trinidad and Tobago, Haiti and the Turks and Caicos Islands

Prince Williams Baptist High School was founded in 1961 by the Bahamas Baptist Missionary and Educational Convention and The Bahamas Southern Baptist Mission. Deceased former Governor of the Central Bank of The Bahamas, Mr. T. Baswell Donaldson, was the school’s first Principal.

For more information on the school and the 60th anniversary celebrations, please feel free to reach out to the Committee’s Vice Chairperson, Wendy Russell, at 242-810-4965 or email: marie.wjoy@gmail.com