Statement from Prime Minister the Most Hon. Dr. Hubert Minnis on the 20th anniversary of the 9/11 terrorist attacks on the United States of America 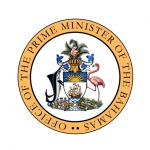 On behalf of the Government and people of the Commonwealth of The Bahamas, I express condolences to the families of all the individuals who lost their lives in the terrorist attacks on the United States of America on September 11, 2001.

Though it has been 20 years, the grief of losing a relative or friend endures. The attacks were acts of pure evil. There is no justification for taking the lives of so many innocent people in such a barbaric manner.

The United States of America is a dear friend of The Bahamas. We are neighbors. There are deep ties of culture and family between our peoples.

Over the last two years The Bahamas has endured its two worst crises. In September 2019, Hurricane Dorian ravaged Abaco, the Abaco Cays and parts of Grand Bahama.

In both instances the United States was there to assist us. In Hurricane Dorian the United States provided military and humanitarian aid, which saved many lives. In the pandemic the United States gifted us nearly 400,000 doses of COVID-19 vaccines, which will help us vaccinate ourselves out of the emergency phase of this crisis.

We are grateful for the enduring friendship of the United States.

On this anniversary of those awful attacks we pray that God continues to bless the relatives of all the innocent victims. We also maintain our position that it is never justifiable to attack civilians to advance political or ideological objectives.

The United States is a dear friend of The Bahamas. We stand in full solidarity with our ally on this 20th anniversary of the September 11, 2001 terrorist attacks.