WHAT IS AIRSOFT - And why are Bahamians playing it 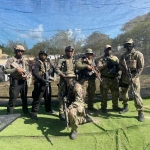 Whether a game or sport, airsoft has gained popularity over the years and has somehow found its way to the Bahamas where it is played on a regular basis.

Accurately speaking, airsoft is a highly competitive outdoor activity that images in war like and combat realism. In this, the rules can vary depending on players but the main objective is to shoot one’s opponent to remove them from the game using replica guns loaded with plastic projectiles or BBs. In layman's terms, think call of duty meets real life.

Less intense but equally stimulating activities like this already exist in The Bahamas for example paintball. 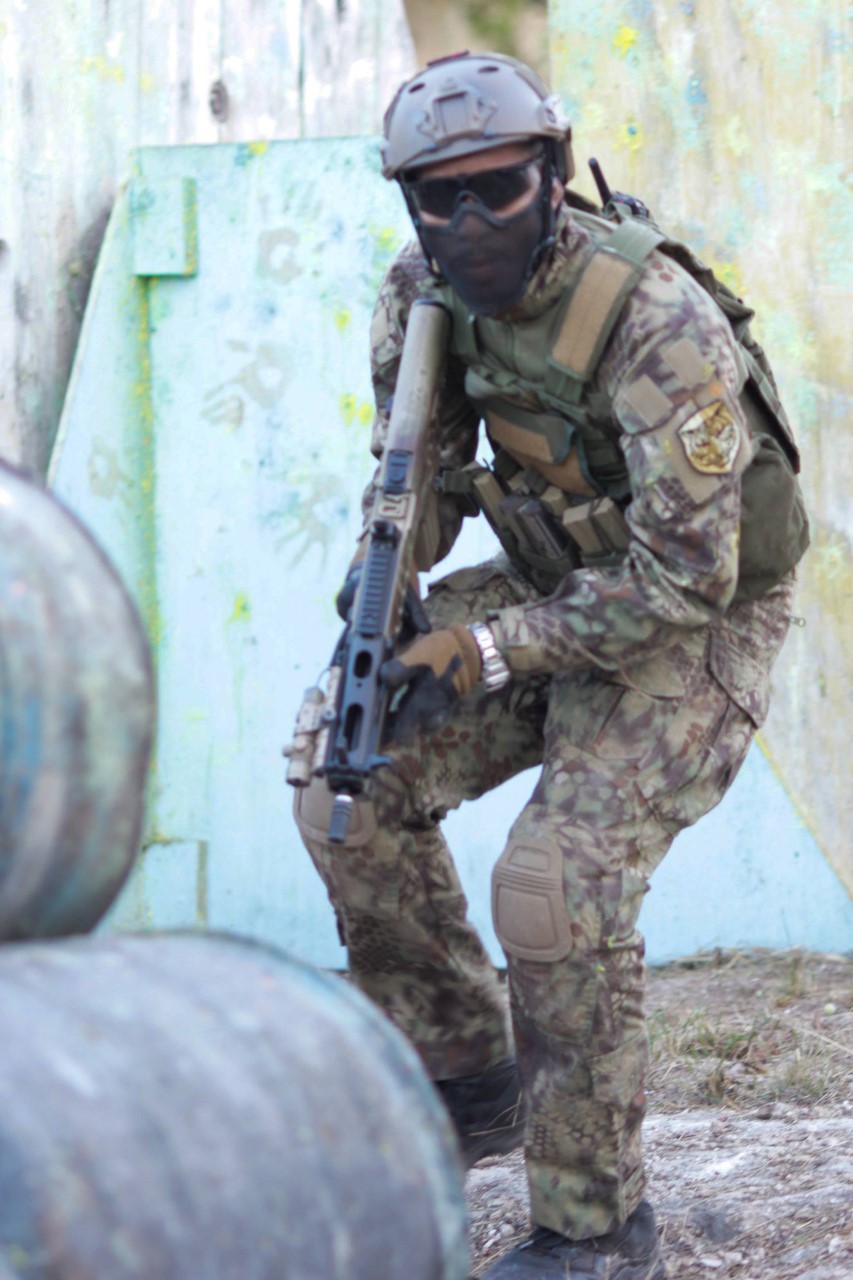 Ceo of SHIELD Protection Services Vernard Lockhart has been playing the sport for 15 years. From a child, guns and the military piqued his interest, which continually grew because of his godfather who is a retired defence force officer. This led to him having his own licensed gun and partaking in outdoor shooting activities.

As the leader of Team Chaos and an MSS Combative and Firearms Instructor, although he is qualified and trained to maneuver higher scales of weaponry than that of airsoft guns, the elements of teamwork and cooperation is what keeps him on top of his game all these years.

“If my team is not operating like a well oiled machine there is no way I can operate to my full potential because I find myself being eliminated due to a lack of communication or some fault of my own or a team mate not noticing and compensating to cover me effectively as I move. I still play for that very same reason,” Lockhart said.

For some, airsport is “just a game” but for those who play, it is taken far more seriously than that. Based on our research airsoft takes a level of skill, communication, teamwork and interest in this field. However it is open to anyone who has similar interests, wants to improve in such areas, or just wants to have some tactical fun.

It should be made clear that airsport is not a men’s only game and the players we spoke to do believe it should not be either. For all women that are interested “in this kind of thing” as Lockharts puts it, is welcomed to join.

The team's rifleman Tyler Hanna said “I got into airsoft after seeing a group of people playing it at the paintball arena on a sunday, up to this day that’s what they still do”.

The emotions that surge through him as he engages in the game he describes as a “very fast adrenaline rush,” 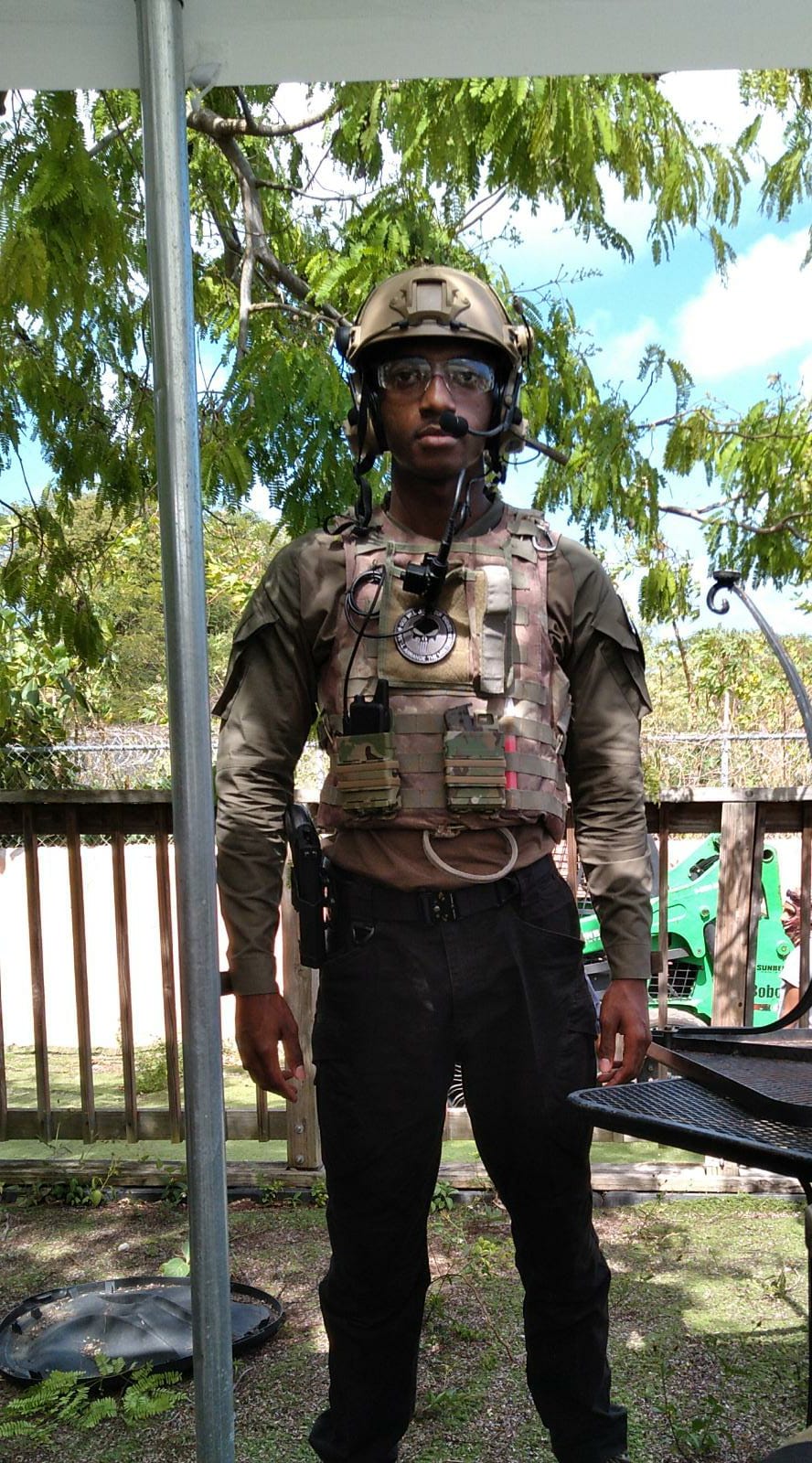 Lockhart describes his feelings in a similar way while playing the game. He also stated what newcomers should expect from the game.

Playing, produces a heightened level of excitement that new players can experience from “anticipation, fear of being eliminated, the feeling of being transported into a ‘real world’ situation and overall an adrenaline rush that can only be duplicated under the actual real world scenarios,” Lockhart said.

Both Lockhart and Hanna agree that airsoft is not something that needs permission from law enforcers, (in case you were wondering). However, being in a safe and controlled area is a must.

A license is not required either; the guns used are considered “toys in the eyes of the law” Lockhart stated. “According to our firearms act this class of replica firearms are not deemed to be especially dangerous because of its inability to cause severe bodily harm or permanent damage resulting in a loss of life or limb,” he said.

Lockhart and Hanna have interest in the police force. For Lockhart his interest lies with being a reserve whereas Hanna is currently working on joining the force and is in the final stages of that process.

When asked how playing airsport has helped him in life, on a personal level and in terms of character development, this is what Lockhart had to say. “Airsoft has been my outlet for when I'm stressed, my training tool, my weekly exercise keeping me in fighting shape as I never know when I will be called for another job that requires me to be in such conditions. I have met plenty of really great people both here and internationally through airsoft.”

For Hanna airsoft teaches him honesty, to be quick witted and more importantly team work. He is learning mental and physical perseverance, in demanding and uncomfortable situations. For example, in his case wearing heavy duty gear in the hot sun, staying determined and not thinking only of himself.

So this begs the question, should airsoft become an officially recognized sport for the general public and used as a form of training for law enforcement recruits and officers in the Bahamas?

Or is it controversial and can be exploited by those with ill intent for Bahamian citizens?

Find out more as we tackle those questions later this week in part two of Exploring Airsoft!