When they embarked upon a two-day/one-night hiking trip away from home, it was anyone’s guess how things would work out for nine teens with different disabilities.

Would they learn to work together on a Governor General’s Youth Award (GGYA) adventurous journey requiring a minimum effort of 12 hours? Could they make decisions on their own?

“I really wondered how they were going to mesh,” said Jynda Bain, a teacher at The Beacon School in Grand Bahama who helps run the unit. “I think they did such an awesome job. Even though we chose a leader before they left. In some cases, there was no clear leader. Each one instinctively took a turn leading.”

More than 30,000 young people in The Bahamas have passed through this programme for non-formal education and learning. This, however, is only the second special needs group to accomplish such a feat. In 2012, the first cohort of Bronze recipients also came from The Beacon School.

GGYA serves as the local arm of The Duke of Edinburgh’s (DoE) International Award which requires participants across the globe to increase their fitness levels, volunteer in their community, develop skills, and cultivate a sense of adventure.

Support to The Beacon School is funded by a grant from the DoE International Foundation to allow more at-risk youth, including young people in reform schools and those with greater levels of special educational needs, to participate in the programme which equips persons aged 14 to 24 for life.

The nimble nine expedition participants ranged in ages from 14 to 18-years-old. Among them were an intellectually disabled young person, those who possessed global development delays or were on the autism spectrum.

Eight of the participants are members of the school’s special Olympic team. Thus, unit leader Anneathera Saunders-Neely and Mrs Bain, her volunteer assistant, believed they were up to the challenge of hiking a distance covering roughly 15 miles. The route they plotted cut no corners.

Sensory issues showed itself quickly. One participant’s extreme sensitivity to sand in his shoes forced frequent stops. Another who came in uncomfortable tennis required group assistance pulling out alternate footwear so as not to disrupt a carefully packed bag. Dyslexia and learning disabilities showed itself in the mapwork. Getting lost was a very real possibility.

“I was very shocked when we had to stay back and let them figure it out for themselves. With special needs kids we’re accustomed to providing a lot of step-by-step instructions, not doing that was weird for me,” Mrs Bain recalled.

“When they first started, they kept looking back as if to say, ‘Why aren’t you coming with us?’” When they arrived at the first stop, we were so proud of them. They handled it on their own. They weren’t stressed out. They had such a good time.”

For some participants, the adventure marked several firsts – the first time sleeping out, cooking, eating food with an unfamiliar and perhaps unpleasant texture and more importantly, the first time experiencing such extreme disruption to their normal way of life.

The run-up to this experience began in October 2020, when 14 participants registered for the programme under the guidance of four Award volunteers.

To get to the qualifying adventurous journey they first had to complete a minimum of three months in each of the three other sections of the Award. Their voluntary service took the form of community gardening. The Beacon School’s GGYA unit grew green peppers, kale, broccoli, lettuce, tomatoes, bok choy, egg plants and other produce which were donated to the school’s restaurant and to some persons in the community.

For skills they did barbering, auto detailing and made masks which were sold at the school. Soccer, walking, and bocce were the chosen physical recreation activities.

Still, some parents were understandably apprehensive in having their child join a new GGYA unit in the midst of a pandemic which required social distancing.

Latoya Laing wasn’t one of them.

“I thought it would be very beneficial to my 14-year-old son, and it was. Most persons with autism have challenges dealing with others, Levar is no exception but recently he has soared in this area. He is more comfortable talking and participating in things. The programme helped him,” she noted.

“He wasn’t bothered by the hike itself. He was more worried about not being able to bathe out in the wilderness. He found out it wasn’t that drastic. It wasn’t what he expected but he’s glad that he did it. One thing I admire about Levar, he is always willing to challenge himself.”

On the hike, adults provided supervision from a distance. Some patrolled in vehicles. Others trailed the two groups on foot. It was essentially a loose knit safety net.

Teaching independence and survival skills while bestowing a sense of accomplishment on special needs children is as good as a programme can get, according to Doranda Russell, whose 17-year-old son Stephen Russell Jr participated in the adventurous journey.

Initially, Mrs Russell was concerned Stephen’s involvement with the programme would interfere with his Special Olympics Bahamas training. An athlete with the Grand Bahama Chapter, he competed at the World Games in Abu Dhabi in 2019, where he won a gold medal in bocce doubles and bronze in singles.

Stephen, a whiz with numbers and computers, will be attending the Bahamas Technical Vocational Institute in the fall semester.

In the wake of his GGYA involvement, his mother noticed he has become more independent and helpful at home. His eagerness to voluntarily assume greater responsibility at the school, landed him the Principal’s Award at his June 24, graduation.

“I would say to other parents, research the programme and see how GGYA improves the lives of your kids,” said Mrs Russell. “It makes them more sure of themselves.” 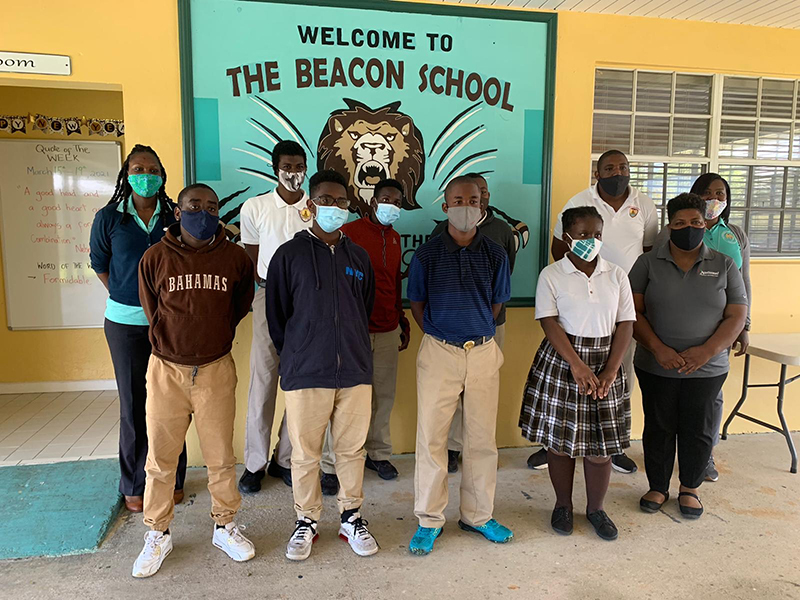 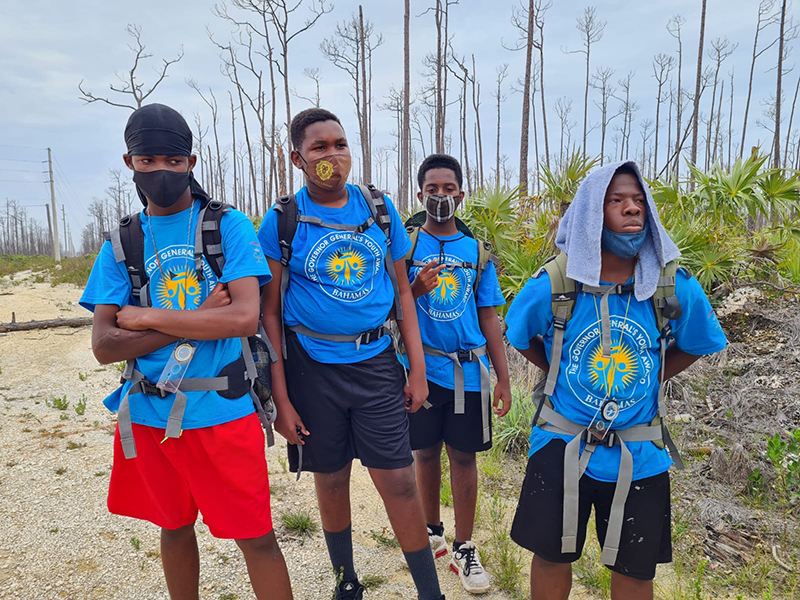 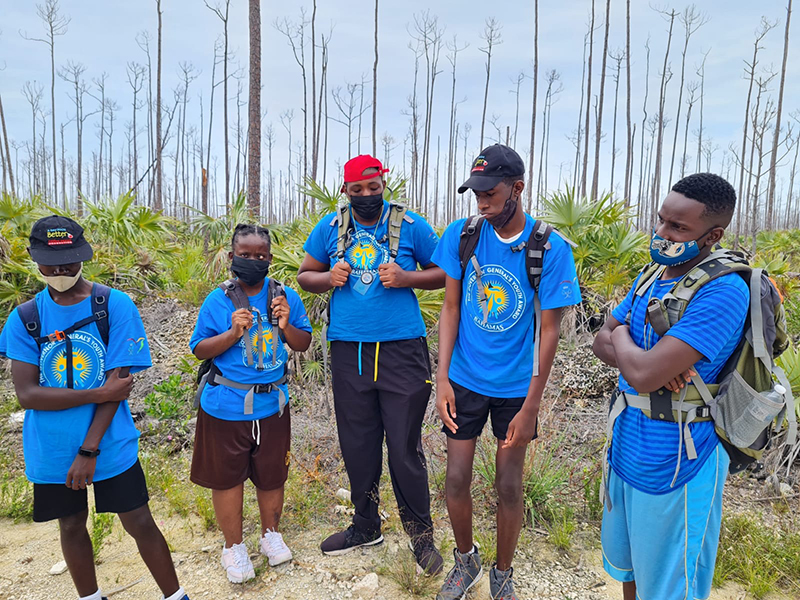