In May, the Ministry of Education held its annual Northern New Providence Secondary District (NNPSD) awards ceremony for its schools debate competition, where some of the country’s finest students from three schools, namely, C.C. Sweeting Senior High, C.I. Gibson Senior High and C.R. Walker Senior High were awarded prizes for their efforts.

Scotiabank, through its Wealth Management arm, was the main sponsor for this year’s debate series and donated five thousand dollars ($5,000) to make the event successful. The donation provided portable internet packages for the contestants to aid in their virtual education; tablets and laptops for the first, second and third place winners; trophies and dictionaries for all contestants; and lunch for all contestants as well as their coaches.

“Scotia Wealth Management was happy to partner with the northern district this year in presenting devices to the winners in the debate competition. We are proud to be part of this initiative to help to encourage students as they continue to learn virtually, and to do their best as community workers,” said Laverne Thompson, senior manager, Scotia Wealth Management.

“Over the years, I have been in several competitions and I have taken that experience to develop my confidence,” said the 12th grade student at C.C. Sweeting who wants to pursue studies in international business and Spanish.

“I was shocked; wasn’t expecting to get it [the award] at all, so by the grace of God, it’s very exciting,” said Bastian who wants to become a philanthropist and study film.

“Statistics have shown us that the more we support our students, the more productive they will become,” said Annette Farquharson, acting district superintendent, NNPSD. “Thank you so, so very much, Scotia Wealth Management, for seeing our vision and partnering with us to make this reality, so that our students could be more comfortable in themselves, more confident in themselves and become more well-rounded Bahamian citizens.” 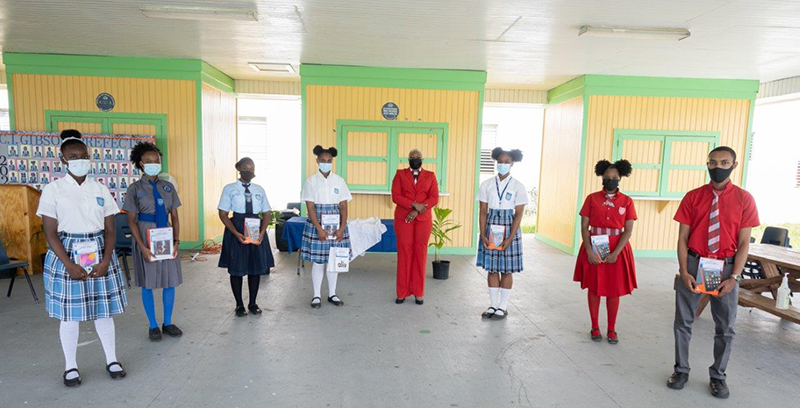