The Bahamas Mortgage Corporation has reached a major milestone with the opening of its newly renovated building on East Hill Street. An official opening ceremony was held on November 23, 2020 on the new grounds. Prime Minister, the Most Hon. Dr. Hubert Minnis, accompanied by Minister of Environment & Housing, the Hon. Romauld Ferreira were in attendance and delivered remarks.

Prime Minister Minnis said that the newly refurbished premises symbolizes the Corporation’s revitalization as it enters a new era in serving potential homeowners.

“The corporation is currently able to sustain its expenses,” he said. “ It has reduced the amount of time it takes to process applications. During the Covid-19 pandemic, it has waited payments to clients adversely affected by the pandemic. BMC is implementing strategies to repay outstanding bonds and is currently servicing all bond and interest payments.”

He said that the Corporation is also partnering with the Ministry of Housing to develop strategies to assist with more home ownership throughout the country.

Additionally, he said BMC is creating a new customer service platform to further establish itself as a leading mortgage institution.

Minister Ferreira said that the move to the new location was long overdue. “This is a long time in coming as the institution had completely outgrown the old place,” he said.

He added that two factors are significant in the move to the new site: one being the location to the downtown area, which is currently scheduled to undergo a revitalization exercise and also the fact that the new site is in the same neighborhood where demolitions are underway for the old general post office and Victoria Gardens, which will be transformed into the future sites of the Central Bank and the Supreme Court.

He also mentioned that the United States Embassy has commenced work for the building of their headquarters just one block away. Chairman of the BMC, Mr. Patrick Ward said for four decades, the BMC has helped over 5,000 Bahamians become homeowners. “Today is another milestone for the corporation and we continue to be committed to provide affordable housing for Bahamians.”

The BMC was established in 1983. Since then, it has provided Bahamians with the opportunity for homeownership.

Refurbishment of the new premises included the restoration of the building’s historical characteristics and construction to extend the structure to house the needs of the corporation. This included internal renovations, retrofits and upgrades to the current building codes, including handicap accessibility.

The renovated building comprises four floors with an area of 18,600 square feet. 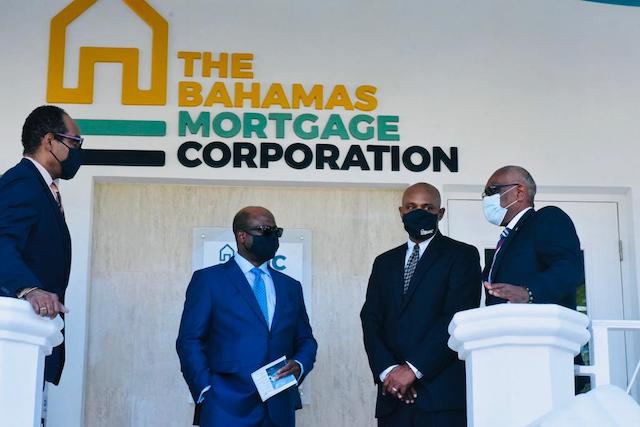 Prime Minister, the Most Hon. Dr. Hubert Minnis, along with the Minister of Environment and Housing, the Hon. Romauld Ferreira, officially opened the new headquarters of the Bahamas Mortgage Corporation (BMC). An official ceremony was held on the new grounds, November 23, 2020. (BIS Photos/Yontalay Bowe) 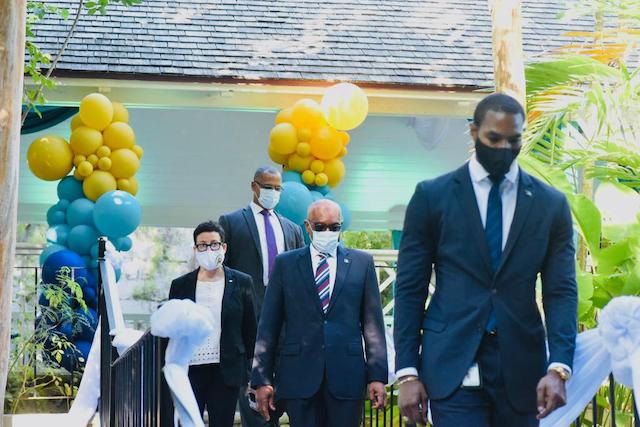 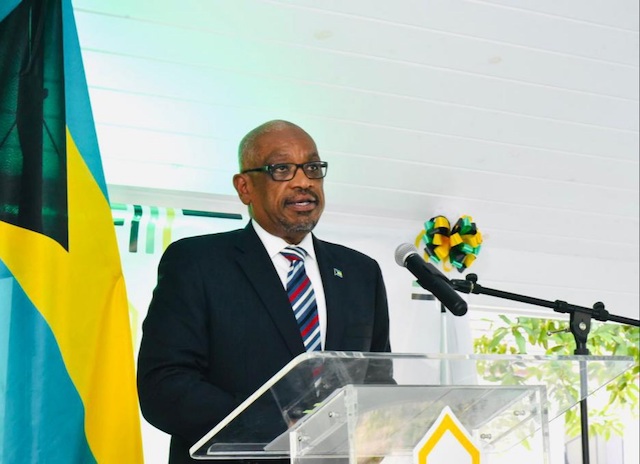