Facilitated by the Bahamas Technical and Vocational Institute (BTVI) and Valencia College in Florida, the first phase of the training requires 80 contact hours over a 20-day period.

There are other trade-specific components of the NCCER program available to earn certification in electrical, plumbing, carpentry and other areas, eventually with some face-to-face elements.

NCCER develops standardized construction and maintenance curriculum and assessments with portable industry-recognized credentials. Its core curriculum is a pre-requisite for all NCCER training and consists of nine modules.

“The program is very important in addressing the national skills gap. And as one of the areas hard hit by Hurricane Dorian, rebuilding in this area is a priority,” said Dr. Robertson.

“We’ve had such good response from the folks of Moore’s Island. We’ll then go to Exuma and Eleuthera. We can do this virtual training and ensure they all get the skills to be job ready. We believe that the more Bahamians qualified through NCCER, the more people would be hired,” he added.

Thirty laptops, a projector, speakers and NCCER program booklets were bought with a portion of the proceeds from the RBC Race for the Kids held in January 2020.

BTVI’s Dean of Construction and Workforce Development, Alexander Darville, noted that with Moore’s Island being a fishing village off Abaco, many of the all age school students go fishing after graduating. He believes it is because of the lack of exposure to other skills.

“This now gives them the opportunity to be exposed to the construction trades, creating pathways to various careers. Also, they will eventually be able to assist with their own domestic needs,” said Mr. Darville.

Upon completion of the NCCER’s core curriculum, students receive an NCCER wallet card and a certificate; they are entered into the NCCER’s Automated National Registry (ANR) from which future employers can verify student credentials.

Additionally, Ministry of Education, Abaco District Superintendent, Dominique Russell, expressed thanks to BTVI for connecting in such a major way with the people of Moore’s Island. “BTVI is so important to our national development. I believe BTVI’s programs are quite valuable. Our students will get a chance to gain skills and jumpstart their careers,” said Ms. Russell.

“There is so much work on Abaco after Dorian. The need is great for skilled workers and entrepreneurs. I’ve always been excited about children learning skills, contributing to national development and not contributing to social ills,” she added.

According to Ms. Russell, before Dorian, there were 3,500 students on Abaco and after Dorian there were fewer than 500. That number is now at 1,800, she said.

“Often times, we feel left out. I am so elated that for this effort, we have been selected as the first family island and a small community at that. Sometimes we are challenged in sending our children to Nassau; they sometimes find trouble finding somewhere to live and getting to and from school,” he revealed.

Mr. Stuart took the opportunity to encourage the 30 participants to stay the course. “When you are feeling discouraged, find that one reason to go on. As BTVI empowers you, there is an opportunity to empower those behind you. Don’t give up. Money can be taken away, but not knowledge. Build on that knowledge,” he stated. 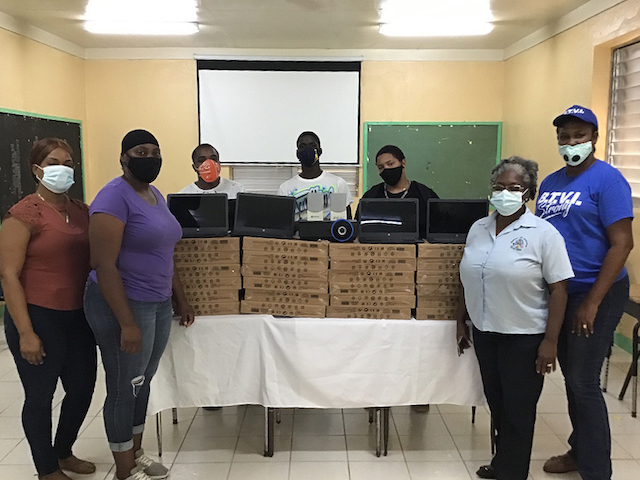 Thirty residents of Moore’s Island are in classes, which will lead to National Centre for Construction Education and Research (NCCER) certification. The training is in conjunction with the Bahamas Technical and Vocational Institute (BTVI). Thirty laptops, a projector, speakers and NCCER program booklets were bought with a portion of the proceeds from the RBC Race for the Kids held in January 2020. In front row from left to right are: Deputy Chief Councilor, Ganvia Stuart; student, Monolisa Munroe-Davis; Moore’s Island All Age School Principal, Ruthmae Rolle-Davis and NCCER craft instructor and Moore’s Island All Age School teacher, Carlotta Simms. To the rear are students, Phillip Sweeting, Randy Hield and Trenton Gray. 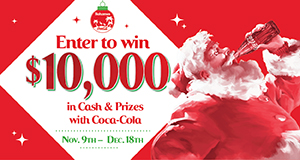