In recognition of the 20th Anniversary of the “Golden Girls” gold-medal-winning performance at the 2000 Sydney Olympics, Minister of Youth, Sports and Culture the Hon. Lanisha Rolle poses with “Golden Girls” team member representatives Eldece Clarke-Lewis (left of Minister Rolle) and double-gold Olympian Pauline Davis-Thompson (right of Minister Rolle), in front of the House of Assembly, on September 30, 2020. 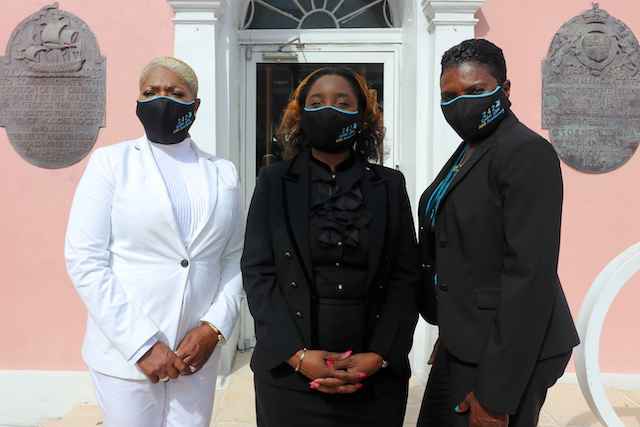 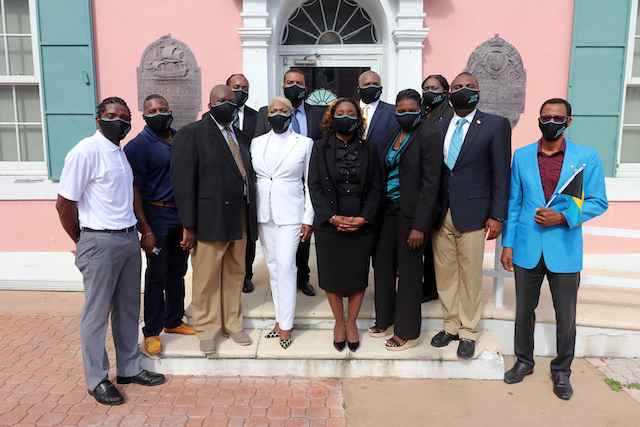