Stony Coral Tissue Loss Disease (SCTLD) is taking a firmer hold of the nation according to a newly released report by the Perry Institute for Marine Science (PIMS).

The non-profit organization committed to protecting oceans confirmed the occurrence of the disease in New Providence – the gateway to The Bahamas – less than three months after its deadly presence in Grand Bahama was publicly revealed.

SCTLD has ravaged reef-building corals and endangered species alike as it moves undetected on the currents of waves and likely in the ballast water from ships.

The only sign of its troubling presence is the white exposed skeleton left in its wake.

On June 4, a rapid assessment team led by PIMS senior scientist, Dr Krista Sherman surveyed the six sites between Columbus Cove on the northwest end of the island and Lighthouse Boulders, off the western end of Paradise Island near the entrance to the port of Nassau.


According to PIMS, more detailed assessments are needed to help conclude what is driving the severity of cases.

“For corals, this disease is as easy to catch and transmit as the common cold and has the mortality rate of Ebola,” said marine ecologist Dr Craig Dahlgren, PIMS’s executive director.

Corals typically face several threats, including nearly a dozen different diseases. Each disease normally infects only about two to three species. In the case of SCTLD, roughly half of coral species in The Bahamas are susceptible. Being more lethal and spreading faster means SCTLD could potentially kill coral in a matter of weeks.

Of the 1,257 corals counted on the joint expedition conducted by PIMS and the Bahamas National Trust this month, 37 percent were infected by SCTLD. Another 719 or 57 percent were healthy and 78 individual colonies or six percent recently died. Thirteen coral species were represented in the surveys.

“Based on this initial assessment and preliminary data analysis, it appears that the disease has more heavily impacted hardbottom/reef habitats between Paradise Island and Sandyport versus sites west of Sandyport,” Dr Sherman surmised. “However, additional assessments to the east and west of surveyed sites including deeper reef sites are needed to better understand spatial patterns of SCTLD.”

Back in March, Dr Dahlgren’s report raised the alarm that SCTLD had swept into The Bahamas, negatively impacting nearly 40 miles of Grand Bahama’s southern coastline. The greatest infection rates and most significant mortality occurred in Freeport’s harbour area.

Cruise ships and other large commercial vessels are believed to have precipitated the outbreak. When sailing stopped in mid-March due to COVID-19, it served as a containment measure, albeit a temporary one.

Not surprisingly, PIMS’s findings prompted the government to establish a multi-agency, multi-disciplinary task force to help combat this latest underwater outbreak. One of its major players is Dr Lester Gittens, fisheries officer in the Science and Conservation Unit of the Department of Marine Resources.

“The task force's immediate priority is to detect where SCTLD is located in The Bahamas and determine how the spread can be contained in the shortest time period. This will take into account the situation at each site. For example, the disease might have limited spread in some locations versus being widespread as seen in Grand Bahama,” he explained. “The response will also take into account treatments and strategies that have worked in other locations, the nuances of The Bahamas’ situation and access to the resources to execute the treatments.”

In the meantime, PIMS has detailed rapid assessments planned for New Providence, Grand Bahama and Abaco. If credible sightings in other islands are reported, those areas will also be investigated.

As COVID-19 restrictions on movement loosen, PIMS is urging boat captains to have ballast and bilge water treated while divers and snorkelers are asked to disinfect their gear to prevent the further spread of SCTLD. 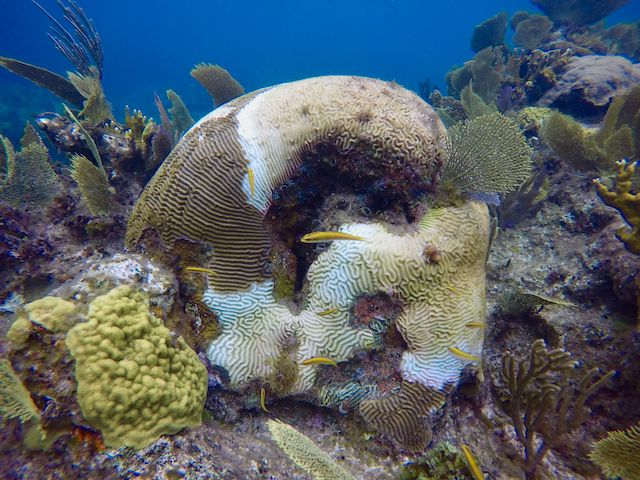 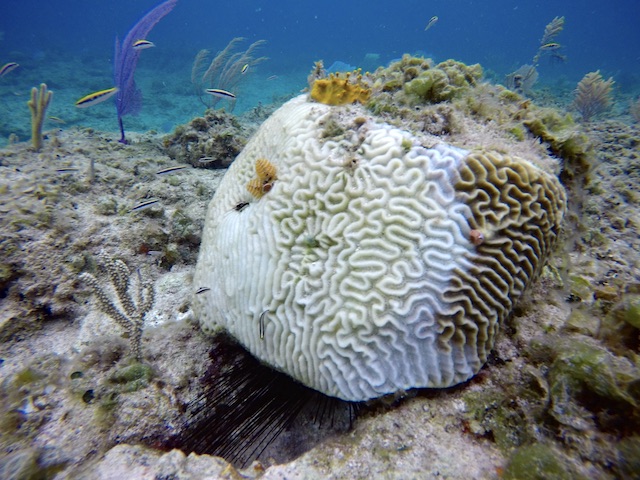 The infection rates of Stony Coral Tissue Loss Disease are up to 65 percent in some areas surveyed with infection resulting in 100 percent mortality of some corals. Pictured here is a symmetrical brain coral (Pseudodiploria strigosa) infected with SCTLD. © Hayley-Jo Carr, Perry Institute for Marine Science 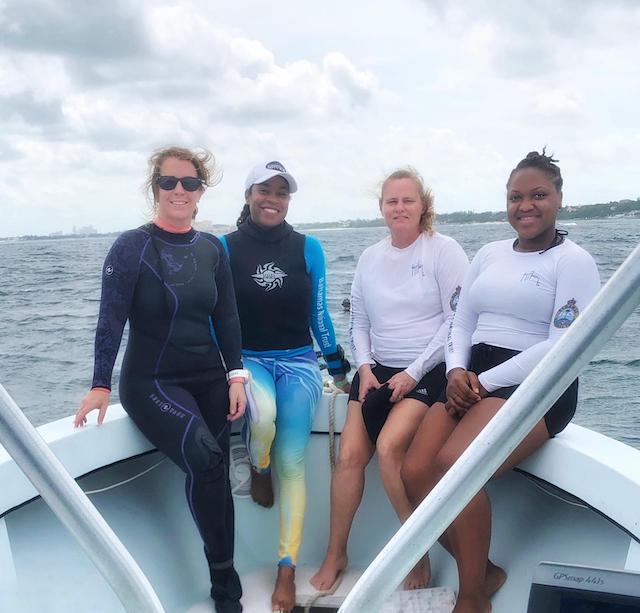