In the weeks since Dorian’s passage, Grand Bahama and its residents have made remarkable strides toward the Island’s recovery. The focus of the Grand Bahama Port Authority (GBPA) and its partner service companies has been on restoring essential services - from electricity to water and sanitation - and increasingly more businesses are reopening their doors. Thus the airport re-opening to international commercial traffic is the next milestone.

With both the Domestic and International Airport facilities severely compromised due to flooding, the Grand Bahama Airport Company, owned and managed by Hutchison Port Holdings with Port Group Ltd. as joint venture partners, are working to open this key gateway for tourism, personal travel, returning evacuees and business flights. “Thankfully, the airport’s runway sustained no damage, but that does not mean that resuming operations will be an easy task,” explained Godfrey Smith, CEO of Hutchison Port Holdings, Bahamas.

“A fully functional airport is vital to our recovery as an island,” noted Smith. “Not just from the traditional tourism standpoint, but also in getting Grand Bahamians back to work and giving them the means to participate in their own personal recovery.”

In the coming days, modular buildings for both international and domestic terminals will be procured and outfitted with the necessary equipment required to meet international standards. On November 15, Grand Bahama is expected to welcome its first international commercial flight post-Hurricane Dorian.

As it stands now, tented facilities provided by NEMA at the airport have allowed travel in and out of Freeport for NGOs, aid and other personnel, as well as a multitude of urgently needed relief supplies. Both Bahamasair and Western Air have resumed services in temporary facilities for domestic travel, which are running well as an interim solution.

“Our main goal is to reopen the International Airport facilities and welcome international commercial flights again,” explained GBPA Acting Chairman Sarah St. George. “The work has been difficult but we are excited to let the world know that Grand Bahama is once again ready to receive them.”

Economic recovery is another significant goal. Just three weeks after Dorian’s passing, the Government of the Bahamas signed a major Heads of Agreement with Carnival Cruise lines to construct a new cruise port in Grand Bahama, a project that is expected to provide a significant boost to the Island’s tourism.

“This major project, the new Carnival Cruise port, which I and the GBPA group are very proud of, is ongoing,” noted St. George. “After 40 days and nights, Grand Bahama is emerging from Dorian’s wrath with patience and a positive approach. It is always our goal in storm recovery and restoration to “build back better”. 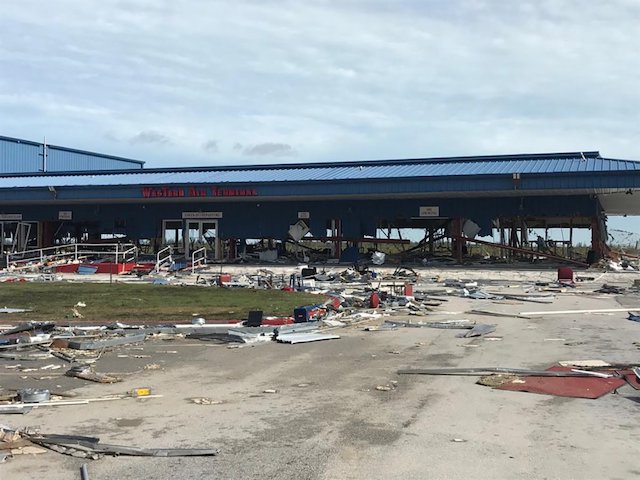 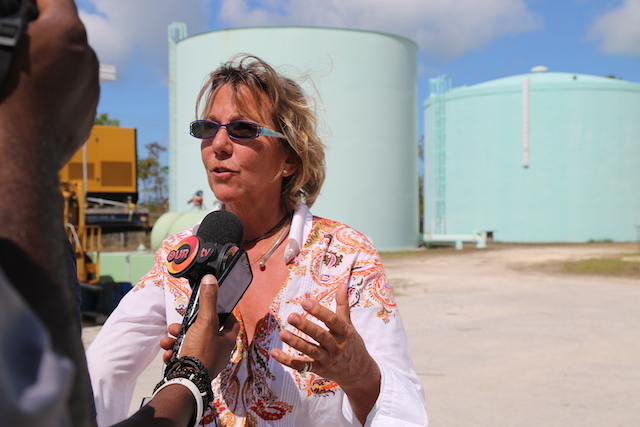 Sarah St. George, Acting Chairman of the GBPA fields questions from members of the media regarding the ongoing recovery efforts on Grand Bahama Island. 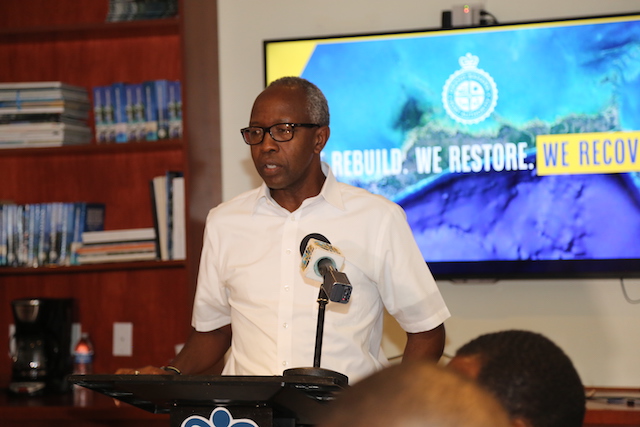