Collection and Distribution Centre, up and running at the National Stadium

Officials from the Department of Social Services, Ministry of Social Services and Urban Development, the National Sports Authority, Ministry of Youth, Sports and Culture and volunteers from the community, have teamed up to establish a reception and distribution centre at the Thomas A. Robinson National Stadium to process donations from members of the general public and companies wishing to donate to the Shelters.

Manned by the group of volunteers, the Centre receives donations between the hours of 8am to 8pm. The donations are sorted, packaged and then distributed to shelter residents being housed at the three shelters located on the grounds of the Kendal G.L. Isaacs National Gymnasium in addition to any other shelters that may be in need of the supplies.

The partnership with the group at the Thomas A. Robinson National Stadium, is one of many partnerships the Ministry of Social Services and Urban Development has established at the national, regional and international levels in and effort to bring short, medium and long-term relief to the thousands of persons left displaced by the monster Hurricane Dorian.

Director of the Department of Social Services, Mrs. Lillian Quant-Forbes, said the partnerships have been beneficial.v “We applaud all of our partners who have been assisting with this most important aspect of our relief efforts and plan to thank them in a meaningful way,” Mrs. Quant-Forbes said. “The system at the TAR [stadium] is well-organized and so we encourage those persons who still want to make donations in terms of non-perishable items, clothing, water, etc. to do so by visiting the Centre.”

Volunteer, Mr. Christopher Roberts, who is an employee of the Ministry of Foreign Affairs, said the response has been heartwarming.

“The response in terms of donations has been overwhelming. As a result of the response to volunteerism, we were able to put together teams to receive and store the items, teams to record what comes in and what goes out, teams to sort, package and distribute the items.

“We thank the individual Bahamians who have been donating items in addition to the companies who have donated pallets of water and bleach, clothes, food items, just everything. The response has been phenomenal.”

Mr. Roberts said persons wishing to donate items to the relief effort “need only to show up” at the Thomas A. Robinson National Stadium. He said there is a very short registration process whereby volunteers will ask for names and telephone contacts solely for the purpose of record-keeping purposes and as an avenue for showing appreciation at a later date.

He said despite the success of the collection and distribution efforts, certain items are in demand more than others. 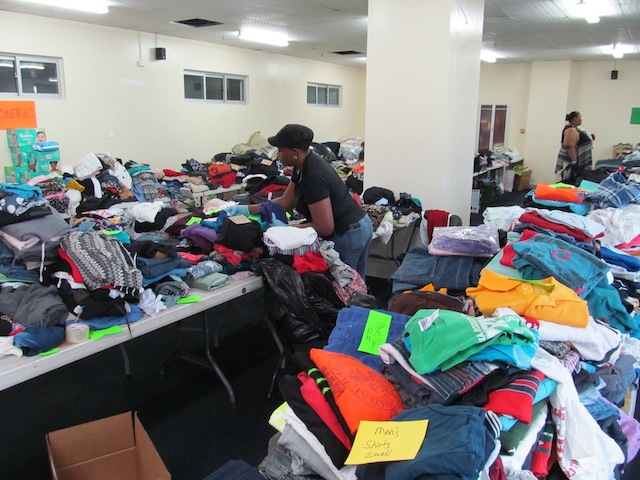 Volunteers sort through mounds of clothing donated to the Collection and Distribution Centre established at the Thomas A. Robinson National Stadium. 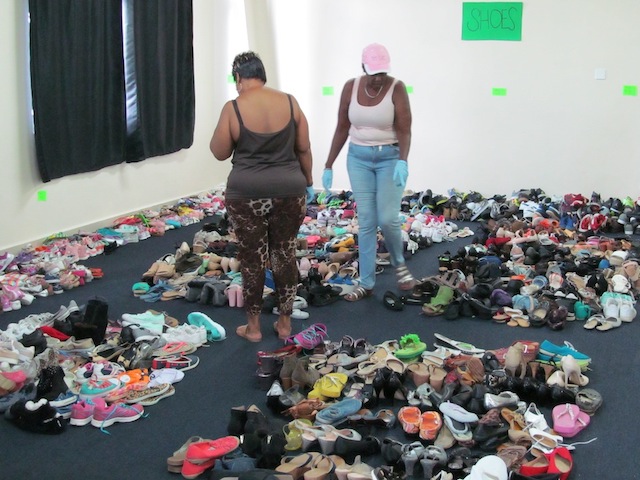 Volunteers inspecting shoes and athletic footwear donated for use by persons being sheltered as a result of displacement due to Hurricane Dorian. 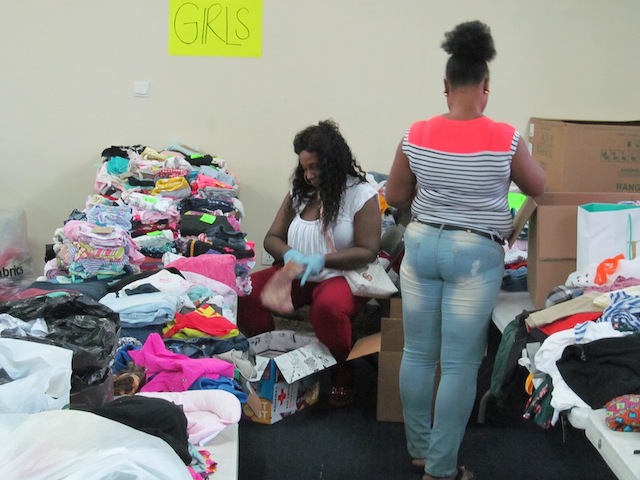 Once sorted, clothing and other items are placed in specific areas for ease of operation. 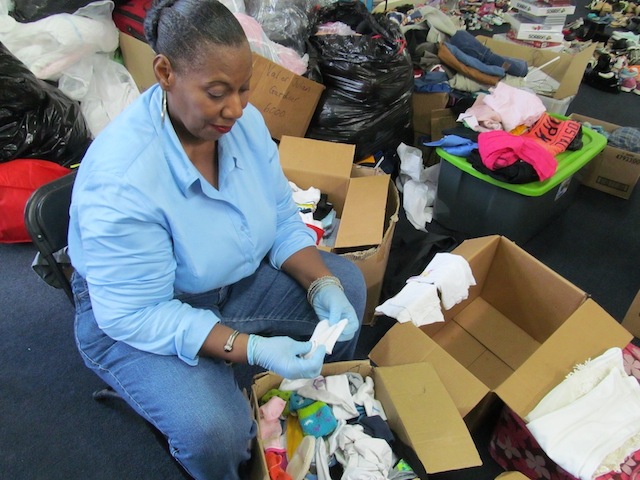 Volunteer sorting through baby clothing at the Collection and Distribution Centre. Officials say response has been heartwarming thus far. 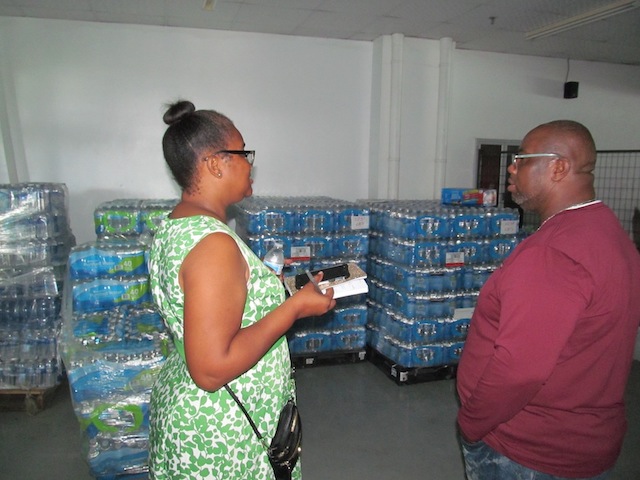