Minister of Social Services and Urban Development, the Hon. Frankie A. Campbell, commended the executives of three urban programmes that operate year-round life and social skills enhancement programmes that cater to residents of the urban communities of New Providence for having the foresight to pool their human and other resources in order to effect positive change within those communities.

The acclamation came during a Working Meeting Minister Campbell hosted for representatives of the International Men’s Day Organizing Committee, in addition to the leaders of the Movement for Change, Dream Chasers and the R.I.S.E. Programme – the latter three of which have established life and social skills-training programmes geared towards urban youth.

“Many a good idea, many a good programme, have been lost or never realized because the focus has been placed on who receives the accolades, who is going to get the praise, as opposed to how the programmes are benefitting their target audiences,” Minister Campbell said.

“And so I say to you, be results oriented; be more concerned about the persons who are going to benefit from your programmes because that same at-risk youth you may be able to steer along the straight and narrow path now become productive citizens able to make positive contributions/change in their communities and/or the country at-large the way some of you here today have done,” Minister Campbell added.

The Movement for Change, Dream Chasers and R.I.S.E (Reform, Inspire, Strengthen and Educate) Programmes are headed by “a younger generation of males” who themselves are products of the various urban communities throughout New Providence and who have first-hand experiences on some of the pitfalls facing youth, particularly young, urban boys.

Movement for Change, is headed by Mr. Valentino “Scrooge” Brown, a community activist and Radio Talk Show Host from the Grants Town community; Dream Chasers, is headed by former Olympian Nathaniel “Nate” McKinney who has also represented The Bahamas at the World Championships (winning silver and bronze medals as part of the men’s 1600 metre relay teams) and the Pan Am Games levels. R.I.S.E. is headed by Mr. Amad Burns and Mr. Fedner Joseph.

Movement for Change and Dream Chasers work in unison to help improve community development while changing the mind-sets of young persons in the Bain and Grants Town community. RISE’s focus is to reform, inspire, strengthen and educate young men “to be better males.” RISE presently facilitates a Youth Empowerment Programme at the L.W. Young Junior School.

The three programmes take advantage of every opportunity to collaborate on projects according to the leaders. Minister Campbell applauded that position. 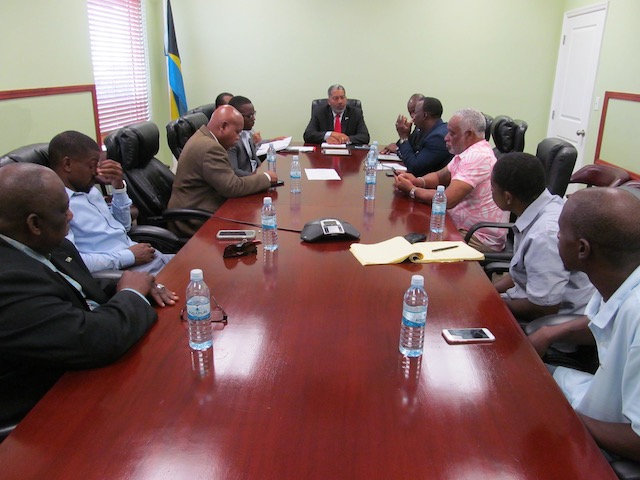 Minister of Social Services and Urban Development, the Hon. Frankie A. Campbell leads the conversation during the Working Meeting with representatives of the International Men’s Day Committee, and leaders of the Movement for Change, Dream Chasers and R.I.S.E. Programmes. 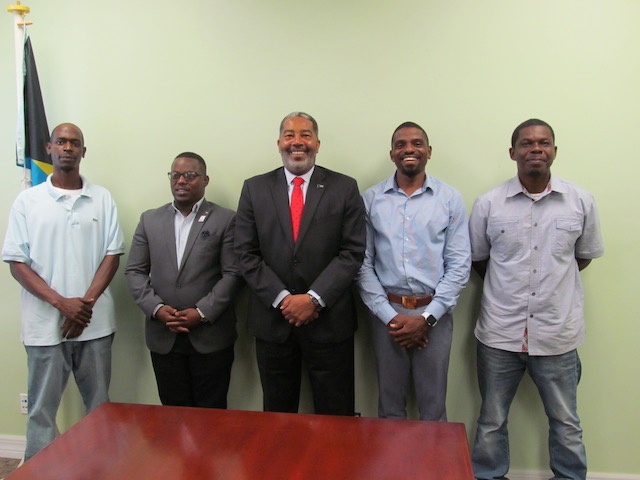