ROLLEVILLE, EXUMA, The Bahamas – At the re-opening of the newly renovated Rolleville Police Station on Wednesday, Prime Minister the Most Hon. Dr. Hubert Minnis declared the improved structure to be part of his government’s pledge to meet crime-fighting demands of the 21st Century.

He also stated the renovated edifice will better meet the needs of the growing gateway that is modern Exuma.

“I am very pleased to be here to witness the re-opening of the newly renovated Rolleville Police Station on Great Exuma,” the Prime Minister said as he delivered the keynote address.

“Because Exuma is set for greater growth and economic expansion, my administration will invest in the infrastructure needed for growth in Exuma,” he said.

Added the Prime Minister: “My Government remains committed to improving infrastructure and providing the good men and women of the Force with the necessary equipment to perform their duties optimally and professionally.

The Rolleville Police Station first opened its doors with four police officers in 1978 with just the basic infrastructure of an open room with a desk in front, and two holding cells. Over the years, the facility fell into disrepair and the substandard conditions became intolerable for officers, the Prime Minister noted.

With Exuma having one of the busiest Family Island airports and attracting increasingly more visitors, he said that the Rolleville Police Station no longer met the needs of the populace.

“The growth and development of The Bahamas requires the sustainable development of our major islands and cays,” the Prime Minister said. Towards this end, he said that the construction of a new terminal and airside works at Exuma International Airport is planned to commence shortly.

“The new Exuma airport will be a beautiful, efficient and welcoming gateway to the world-renowned Exumas,” he said.

According to the Prime Minister, Exuma deserves a gateway airport that matches its spectacular natural beauty and international reputation.

Last year, at the 2018 Our Ocean Conference in Bali, Indonesia, the Exuma Cays Land and Sea Park won the prestigious Global Ocean Refuge Award for Most Effective Conservation of Marine Life.

“Such an award is akin to winning an Oscar award or an Olympic medal. With this international recognition, Exuma needs the quality of infrastructure that will enhance the quality of life for residents and the visitor experience for Bahamians and international tourists,” the Prime Minister said.

He informed residents of even more good news for the island chain.

“When my government came to office we pledged to develop an efficient crime fighting machine properly manned, trained and equipped to meet the demands of the 21st century.

“One of these is the Rolleville Police Station which is now equipped with an interview room and proper cells to meet the demands of Rolleville and by extension the island of Exuma,” he said.

The Prime Minister also reported that other stations are on tap for redevelopment, particularly in New Providence, and on Family Islands namely the South Andros Station and the Eleuthera Division, Governor’s Harbour Headquarters.

Since coming to office, the FNM Government has invested over $17 million in equipment and technology for the Royal Bahamas Police Force, he noted. 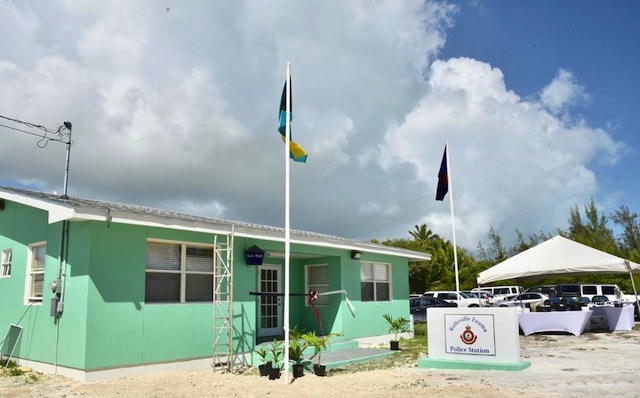 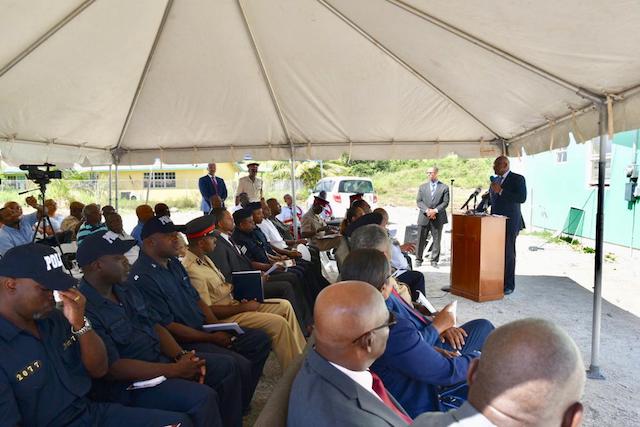 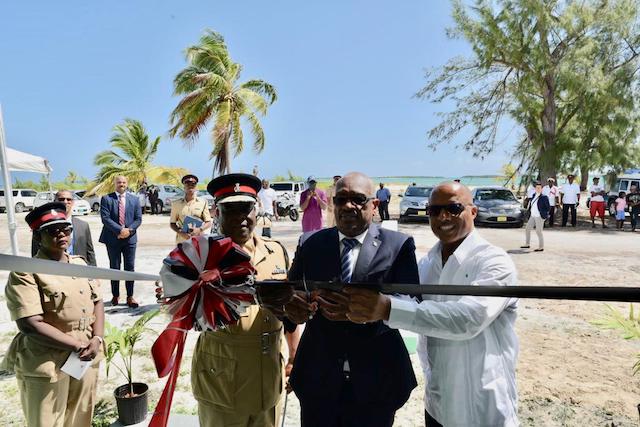