The Prime Minister Urges Credit Unions to Empower the Poor

The Prime Minister said he was pleased that the organizations have chosen, once again, The Bahamas to stage their joint conferences, which attracted over 2,300 delegates from approximately 60 countries.

In his keynote address, the Prime Minister underscored the importance of credit unions in developing countries, and encouraged far-reaching solutions to the challenges facing the poor and underprivileged.

He advised that careful attention must be paid to the increasing regulatory requirements associated with credit union operations, including: fiscal responsibility, anti-money laundering and countering terrorist financing.

“Of urgency is the grave and existential threat posed by a heating climate, which will have devastating consequences on the poorest in our countries.

“No matter the topics you discuss, may you always put at the forefront the demands of social justice and human dignity, including the needs of the disadvantaged and the poor. “Further, the fight for universal equality, especially for women and ethnic and other minorities are also the cause of those who love justice and who promote peace,” the Prime Minister said.

The worldwide credit union movement is seen as a formidable force with approximately 89,000 credit unions in 117 Countries across six continents. Additionally, the movement boasts 260 million members and approximately two trillion dollars in assets.

“Indeed, in addition to providing technical and advocacy services, the World Council of Credit Unions is involved in a variety of development programs in less-developed communities,” the Prime Minister said.

He referenced the mission of the regional host, the Caribbean Confederation of Credit Unions that “seeks to strengthen, unite and promote sustainable growth and development for co-operatives in the Caribbean, as a vehicle for socio-economic development.”

Statistics show that as at December 2018, the regional CU Sector comprised an estimated 289 credit unions, serving approximately 2.6 million members, with estimates of US$6.2 billion in savings, US$4.9 billion in loans, US$733 million in reserves and, US$7.6 billion in assets.

Given this potential, especially among smaller-sized countries, the Prime Minister observed that credit unions can play an outsized role in national development, especially in rural and less developed areas globally and throughout the Caribbean.

“This includes areas like some of our Family Island communities, which are less developed than urban centers such as New Providence and Freeport,” he said.

The Prime Minister outlined to visitors the archipelagic make-up of The Bahamas with over 700 islands, thousands of cays, a land area of approximately 5,382 square miles and approximately 2,200 miles of coastline.

And, while most Caribbean countries are a single land mass or have a few islands, The Bahamas is a far-flung island-chain with rising sea levels and “more intense storms which threaten economic and national survival,” he said.

The Bahamas is also challenged with having to replicate the same essentials services on many islands, he added.  “Within this context, credit unions can play an essential role, especially in the many under banked communities we have in the Family Islands,” the Prime Minister said.

The Prime Minister applauded the sector for already offering services on quite a number of Family Islands.

“The local movement has impacted the lives of their members in many meaningful ways, including in: home ownership, higher education, small business development and favorable investment opportunities,” he said. “Indeed, credit unions offer some of the more competitive interest rates on savings in the country.”

The Prime Minister noted that the Teachers & Salaried Workers Co-operative Credit Union, the largest such entity in the country started with less than $100 dollars.  Today, this Union has more than 17,000 members with over $214 million dollars in assets.

“We commend the credit union sector for collaborating with the Department of Co-operative Development by investing in our young people in the development of the School Co-operatives programme,” he said.

Through this programme, high school students learn about co-operative principles, financial literacy and how to develop their own small business enterprises. Such schools are C.R. Walker and the C. C. Sweeting High School Co-operatives Program. 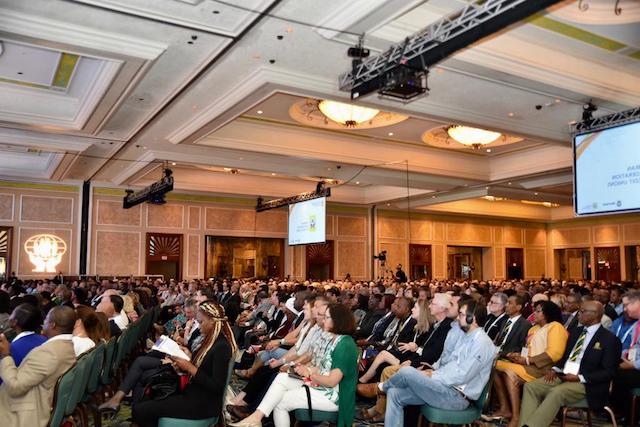 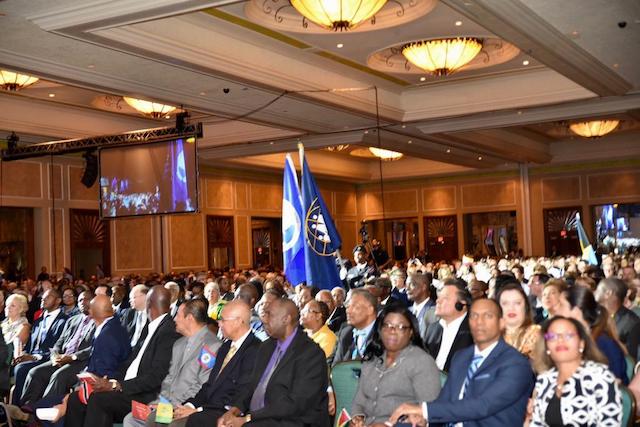