PM thanks BNT for preserving the natural environment

Thanking the Bahamas National Trust for preserving the natural environs of the country over the past 60 years, Prime Minister the Most Hon. Dr. Hubert Minnis revealed further plans towards the protection of natural resources.

He was addressing the 60th Anniversary celebration of The Bahamas National Trust at its Retreat Gardens on Village Road, July 12, 2019.

He also thanked the staff, donors, benefactors and volunteers for its towering achievements over the past six decades.

“I thank the BNT also for the essential role it plays in safeguarding the sacred and natural trust that is the commonwealth of beauty that is The Bahamas,” the Prime Minister said.

“Indeed, a part of the genesis of the Bahamas National Trust was the fierce determination and desire of an intrepid group of individuals to preserve and to conserve the biodiversity and beauty of The Bahamas,” the Prime Minister said.

“Their inspiration and dedication led to the establishment of the Exuma Cays Land and Sea Park, the world’s first land and sea park.”

The Prime Minister observed that the natural treasury being celebrated is under threat from pollution and from a global climate crisis and warming planet.

“Just as previous generations summoned the fierce determination and will to conserve and to preserve our natural heritage, we must likewise summon the fierce urgency of the moment to address a complex of crisis which threatens our very existence as a country.”

Over the decades, the Prime Minister said that the country’s extensive land and park system, which stretches the length of the archipelago, has become known as a wellspring of biodiversity for the region.

He then revealed that the Government would collaborate with the BNT as it implements its 2018-2022 Strategic Plan.

“This includes ongoing efforts to address the current climate emergency, combating the effects of plastics on our environment, and other measures to conserve our natural environment and to educate Bahamians about our shared environmental trust,” he said.

The government will also work with the BNT in the creation of policies necessary to enhance biodiversity conservation in alignment with international best practices and in accord with national sustainable development goals.

And, the Government and the Trust have collaborated in identifying approximately 40 new marine areas for protection, which cover over 8.1 million acres. This will ensure that The Bahamas fulfills its goal of protecting 20 percent of our marine environment by 2020.

“Further, I am pleased that the Government of The Bahamas has signed an agreement with the Inter-American Development Bank to advance conch conservation efforts in The Bahamas,” the Prime Minister said.

“We have also launched The Bahamas Coral Innovation Hub with the Cape Eleuthera Institute and Perry Institute for Marine Science,” he disclosed.

The purpose of this coral innovation hub is to advance and to deploy coral conservation science, and to scale up coral restoration using groundbreaking techniques.

“We have also created a management plan for the Spiny Lobster fishery and we will continue to advance other measures to conserve our fish populations,” the Prime Minister said.

Having been granted the stewardship of the natural wonders of The Bahamas by the Creator and by history, “we have the awesome responsibility of ensuring the preservation and conservation of these wonders for ourselves and for generations many centuries hence,” the Prime Minister said.

He assured the BNT of the continued support of the government in the conservation and celebration the country’s majestic national park system. 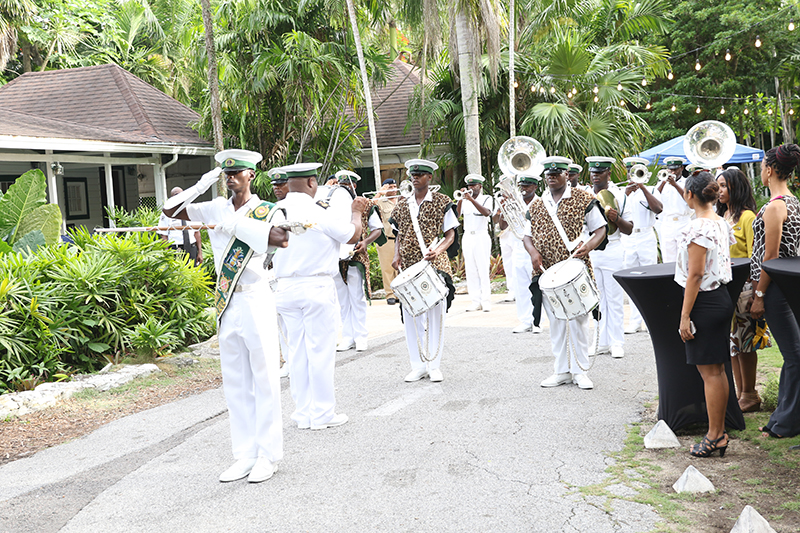 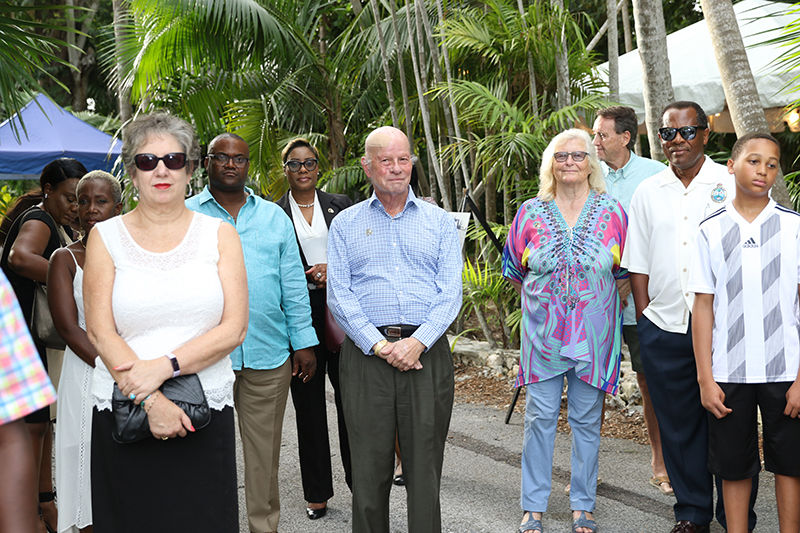 Touring Exhibition at the Bahamas National Trust, which celebrated 60 years of existence at its Retreat on Village on Friday, July 12, 2019. Pictured looking on are Prime Minister Minnis (right); Lynn Gape, Deputy Executive Director, BNT; Geoffrey Andrews (left), President, BNT; and the Hon. Romauld Ferreira, Minister of the Environment and Housing. 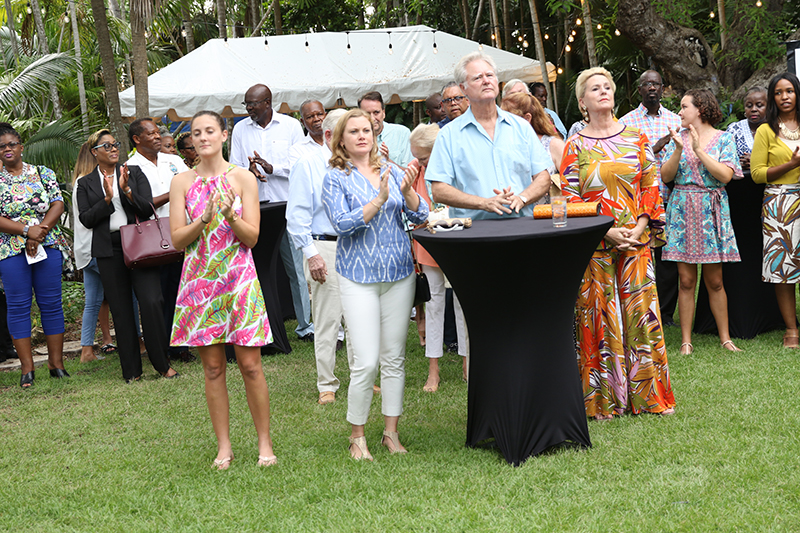 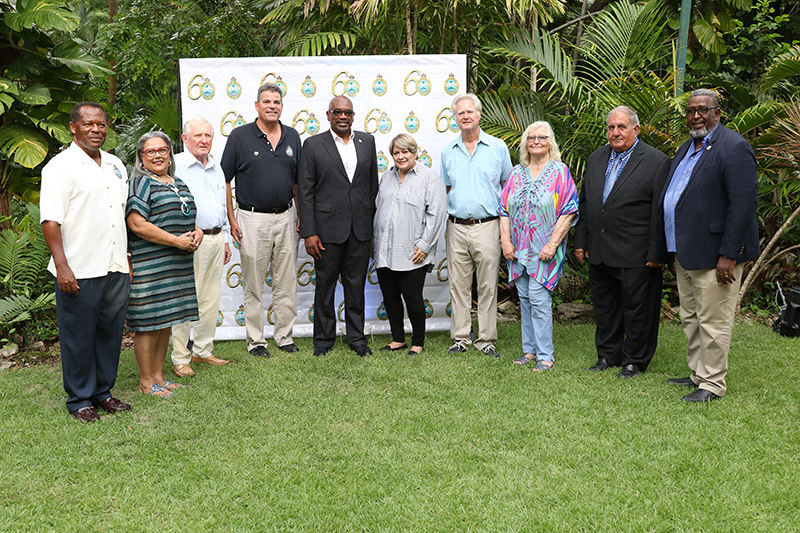 Prime Minister the Most Hon. Dr. Hubert Minnis addresses the 60th Anniversary celebration of The Bahamas National Trust at its Retreat Gardens on Village Road, July 12, 2019.

Photos by: Raymond A. Bethel, Sr.