They come from two different worlds.

She’s a fungi-growing fanatic, married mother of five, with a to-do list. He’s a 29-year-old tour operator who is not afraid of taking risks. If at first glance, their only commonality is their entrepreneurial spirit, Mick Holding, chairman of The Investment Group, invites one to dig a little deeper into the driving forces behind two businesses TIG is readying itself to nurture and fund.

“Both stood out as unique, quality candidates from the 63 which originally applied for funding,” said Mr Holding, as TIG puts the finishing touches on legal documents creating the framework to pump money into Joyce Adderley’s Bahama Mushrooms and Brandon Pearce’s Unique Rentals through a financial arrangement that is part loan, part equity. 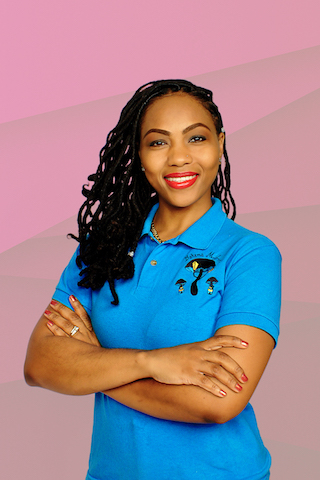 “What impressed us about these two people where them, themselves. They were convincing about their business plans, giving us the feeling, they can deliver. This is not just a funding group. We also offer guidance and mentorship. If that’s going to work, the personalities need to be right as well.”

TIG treats the individual financial arrangements as confidential between the parties. Mr Holding would only disclose the loan components are structured to be repaid in a relatively short period of time, between 18 months and three years depending on the individual business.

Picking a winner
For Mrs Adderley this marks the second time she has applied to The Investment Group. On the first occasion she accidentally uploaded an incomplete application. More diligent, the second time around the former teacher turned home-schooling mom thought, “Here goes nothing,” before hitting send.

In 2017, the year she launched the business, relocation firm, MoveHub ranked The Bahamas seventh out of the 21 most expensive countries in the world to live in. With five kids to support and only one bread winner, Mrs Adderley told her husband she wanted to begin contributing to the family’s income.

Although jobs were available, the compensation provided was inadequate when the Grand Bahama couple factored the cost of daycare for the youngest into the equation.

With a father for a farmer and a love for the sciences it seemed only natural when the general ed teacher turned to agriculture as a means to make money.

Organic gourmet mushrooms – a variety of oyster mushrooms, shitake, lion’s mane and chestnuts – beat out garlic and ginseng as the crop to cultivate in a compact production method utilizing hydroponic tents to control the growing process, independent of climate, place and time. The 32-year-old tapped into grants provided by the government’s Self-Starter Programme and the Port Authority to help purchase some of the necessary yet costly equipment.

“We are at the point where we have been contacted by some food stores, but our facility is small, so we need to expand to be able to meet demand,” said Mrs Adderley. “With backing from The Investment Group we’ll be able to move. The new space allows for new grow without tents, in addition to incubation, spawning, storage and lab areas.”

The adventure in “fungus land,” as the entrepreneur affectionally dubbed it, has had its share of ups and downs.

“It’s been exciting. Even though I’ve had failures I learnt something with each of them. I’ve lost an entire grow, meaning my whole crop had to be discarded which taught me about molds and different types of contaminations. I then learnt what to look out for the next time around,” Mrs Adderley explained.

Mr Pearce knows all too well the importance of remaining motivated during the challenges of business startup life.

The 2007 graduate of Blairwood Academy launched his scooter rental business in 2010, giving cruise ship passengers options to get around the city when public transportation isn't advised, renting a car is not practical and walking isn't an option. 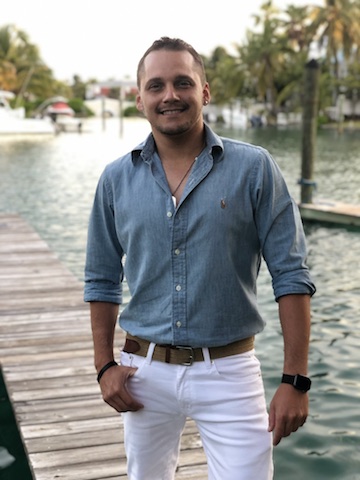 “I started with five on a rented lot in the downtown area for about a year before bringing on a partner and trading up to a high traffic location in closer proximity to the busy waterfront with coveted access to cruise ship passengers,” he explained.

With business booming, Mr Pearce increased his fleet by 10. In 2013, he said he was among the first to bring two dune buggies on stream. Then, lightning struck.

Relying on his partner to keep current with the lease, Mr Pearce was surprised when the arrangement fell through leading him to temporarily shutter the business in 2017.

“I realized I needed to structure the business better, seek adequate funding and do it properly, not half-way,” he said.

Still, there was one crucial component missing to getting the new tour company off the ground, funding.

“If you want something. You have to have faith in it and believe it could work. You keep pushing and you don’t let people tell you it can’t be done,” said Mr Pearce.

Convinced the tour would be a success, he approached The Investment Group to provide the necessary funding to purchase the vehicles. The rest as they say is history.

Although TIG has cherrypicked what it feels are the two top business propositions to come its way, that’s not to say they are in it for the long haul, even though the returns seem promising.

“We can stay in with our equity stake. We can reduce it, or bail out, whichever we want to do,” said Mr Holding.

“The most important part of it is we have agreed to the formula for the exit so if at any point in the future we want to trigger it either in part or whole it is predetermined now what that process entails.” 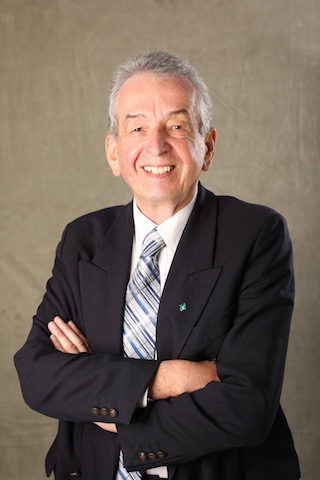 For Mrs Adderley, TIG’s financial backing in Bahama Mushrooms is no gamble. They are betting on a sure thing.

“In my lab there are three lists I wrote out when I started this in 2017, why I became an entrepreneur, where I want to see myself in 10 years and my ultimate goal. Every morning I get up and have those three lists to look back on,” she shared.

“I became an entrepreneur for my family. My husband is my number one supporter. We have five children to think of, so I want to leave something behind for them when I leave this earth. I’m not just pushing for me. I’m pushing for them.”