On a sunny afternoon in November, Royal Caribbean International President & CEO Michael Bayley stood in the AquaTheater of Symphony of The Seas, the largest cruise ship in the world as it made its inaugural visit to Nassau, and before an audience of hundreds including volunteers from one of the destination’s most challenged communities made a promise – to fund all the food needed by the Bahamas Feeding Network in 2019.

The applause that erupted was louder than a ship’s horn and all the music the bands and Junkanoo groups had made during the celebration. There were tears on the faces of those touched by the compassion and the promise.

This week, the Bahamas Feeding Network sent a message back to Bayley and to Royal Caribbean. “Thank you, thank you and thank you,” it read. “We have been able to provide more food than ever before because of Royal Caribbean’s generosity.

Thanks to you, we have increased our weekly meals to 5,000 from 3,500 and thanks to funding by Royal Caribbean and our partnerships with local suppliers who also have been so supportive, we have been able to provide more than 72,000 hot meals since January.

The Bahamas Feeding Network has been battling hunger since its launch in 2013. Working from a modest converted home in Fox Hill, dozens of volunteers prep, cook and plate thousands of meals on Thursdays and Sundays.

The Feeding Network also distributes food vouchers to hundreds, including to those in need on Family Islands. Distribution of meals and vouchers goes through churches, soup kitchens and other feeding centres to provide support for well-known entities like Great Commission Ministries and The Salvation Army.

Royal Caribbean International’s president was introduced to the Feeding Network in the fall of 2018. He had intended to review its operations but was so instantly impressed, he donned apron and gloves and dug in, dishing out food and encouragement, working alongside Minister of Social Services and Urban Development Frankie Campbell.

Since then the world’s largest cruise line and the little house that helps fight hunger have forged a bond that delivers relief to thousands every week. 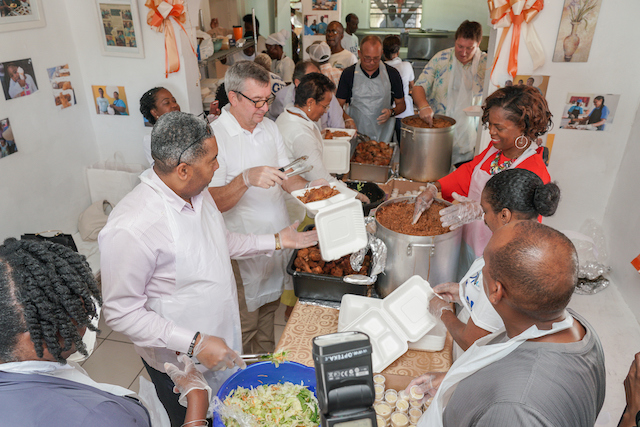 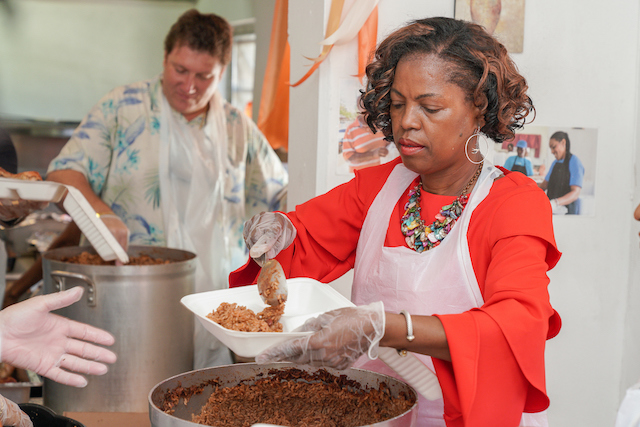 Fighting hunger, one plate at a time: Fox Hill Member of Parliament Shonel Ferguson fills up a plate to be given to one of many churches, soup kitchens and distribution centres that the Bahamas Feeding Network supplies with food for the hungry. In background, Paolo Garzaroli of Graycliff family fame is a regular volunteer. 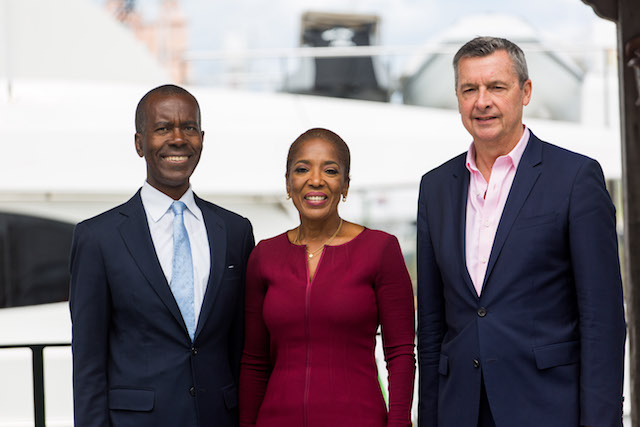