After the difficult task of narrowing the Caribbean Bottling Company’s (CBC) Carleton Williams Scholarship applicants down to just six finalists, the CBC interview team was deadlocked. All of the students were exceptional, with amazing grades, glowing recommendations, a bevy of extracurricular interests, and big dreams for their futures. With only one scholarship spot available, the decision seemed impossible. After a long deliberation about the talented and bright group of sixth graders, Gabriel Hall was chosen to receive a full, 6-year scholarship to the Sunland Baptist Academy.

Gabriel, who has a grade point average of 3.85, is described as a “very respectful and well mannered” student, according to his teachers. When the 10-year-old’s mother, Lakera Deveaux, received the call that he had won the scholarship, she was overjoyed by the good news. She noted that the family is extremely proud of him, and very grateful for the scholarship.

In addition to being a Student of the Year nominee, Gabriel is actively involved in a number of clubs and charitable groups.

“Our team was so impressed with this year’s crop of CBC Carleton Williams Scholarship applicants,” said Nikia Wells, Marketing Manager – Communications. “Each year, it gets more difficult to choose a winner. We met some extraordinary students, who are not only intelligent and actively involved in their schools and communities, but also extremely personable and charismatic. We were extremely happy to award Gabriel with a scholarship, and we were elated when the BLIDC and several other Bahamian companies came forward to select another scholarship winner from the group of applicants.”

The CBC Carleton Williams Scholarship was created to celebrate the work of Carleton Williams, who contributed greatly to the advancement of the Caribbean Bottling Company as well as his community. The academic scholarship rotates annually between New Providence and Grand Bahama, and awards one graduating public primary school student seeking to attend a private high school. 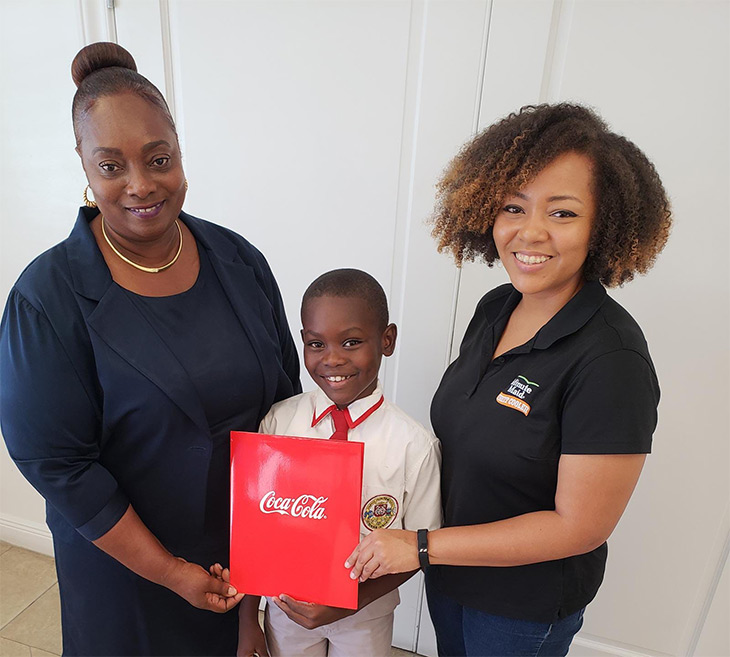 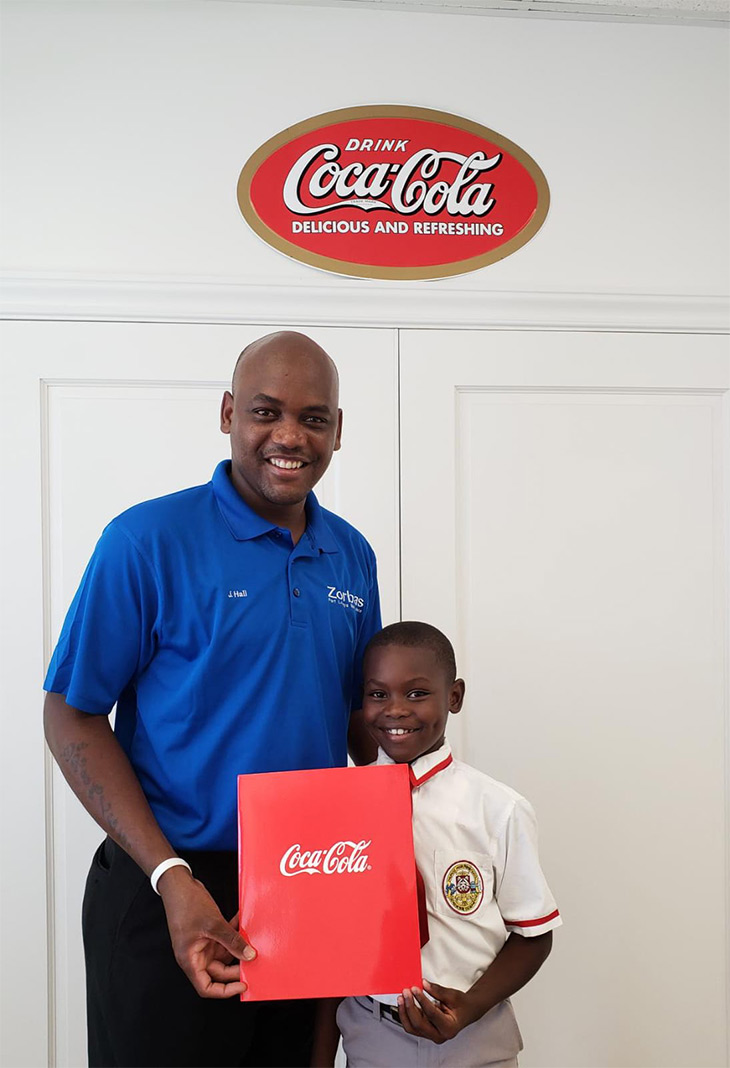