Minister of State for Grand Bahama, Senator Kwasi Thompson says while doing business in Grand Bahama has its share of challenges, he’s moved by business owners who, despite the challenges, have continued to persevere.

During the ribbon cutting ceremony for the opening of the new KMW Plaza, on Thursday, May 9, 2019, Minister Thompson said the owners of the new plaza provide motivation and hope for all Bahamians in Grand Bahama.

“The work of these entrepreneurs, like Mr. Jones and Mr. McCartney are in alignment with the government’s commitment to small business development and entrepreneurial empowerment,” added Minister Thompson. “And this is what we like to see, Bahamians owning their country and empowering other Bahamians to do the same. We’ve set out to create an environment especially conducive to the creation and expansion of small and medium-sized businesses, which are essential to the communities.

“These are the kinds of businesses that should really be our focus, because they are the strength and the backbone of our economy.” 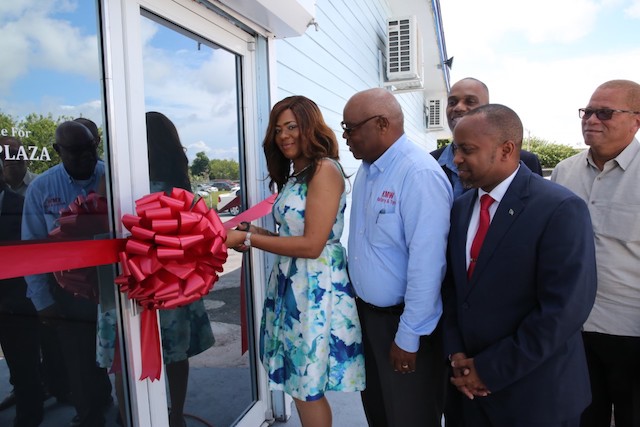 KMW Plaza houses several businesses such as Mulligans Meats and Spices, two beauty supply stores, a church, and a section of Terreve College. Expansion of the Plaza has enabled other businesses to set up shop in the establishment.

Senator Thompson said that small business development is important for the island, and that’s why there has been the establishment of the Grand Bahama Small Business Development Centre this year as part of a national initiative, in which there will be millions of dollars available for small business startups.

Minister Thompson said that the expansion of KMW Plaza provides motivation for all those small entrepreneurs who believe that they can make a difference in Grand Bahama. “It is truly pleasing to see Grand Bahamians pouring into the economy that they want to see thrive,” said Minister Thompson. “It’s always an exciting and proud moment, to not only witness, but to share in local businesses achieving major milestones. This plaza is certainly a testament to the growing confidence with the owners having injected some $600,000 into the economy, through this renovation and expansion project over the past several years. 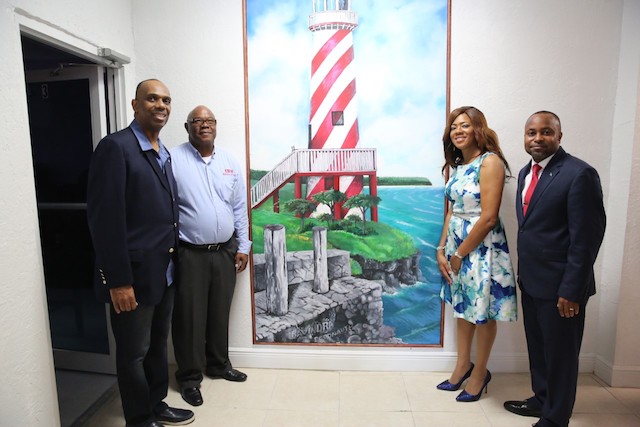 “I wish to extend commendation to you who originally started the operation of KMW Batteries and Tires in 2004 and later purchased this facility as a dilapidated building, making steady progress in the renovation work. “You have certainly come a long way and for that applaud you.”

Minister Thompson pointed out that in addition to the expansion carried out by KMW Battery and Tires, the government has also seen an increase in investor confidence among both foreign and Bahamian investors. He cited the start up or expansion of businesses like Pirate’s Cove, Goombay Land Skating Ring, FOWLCO Logistics, Sawyer’s Super market, Home Fabrics, the expansion of Omni Financial, expansion of Pharma Chem, Elnet Maritime, Pelican Bay and other projects coming on stream.

“We would like to see more such businesses in Grand Bahama expanding their business, which continues to be proof of their confidence and hope for the Grand Bahamian economy,” said Minister Thompson.