It was a no holds barred conversation between stakeholders and executives during the Utilities Regulation and Competition Authority’s (URCA) town hall meeting at the Choices Restaurant, University of The Bahamas Wednesday evening.

The URCA Executive Team presented their 2019 plans and goals to members of the public who turned out in good numbers to hear from the country’s regulator of media, internet, cable, phone, and energy providers.

URCA’s representatives also heard the concerns from consumers during the three-hour long consultation after the board opened the floor for comments following the panel’s rollout plan for 2019.

While executives acknowledged several consumer-based initiatives set for the public, issues over consumption and supply, utility impact, and the complaints handling process took over the topic of conversation for most attendees.

During the ‘information pact’ session, URCA CEO Stephen Bereaux, explained that it was URCA’s objective to garner feedback from stakeholders which could ultimately influence the final version of their proposed plans for the year.

Bereaux added that URCA receives feedback from corporate stakeholders, but their board was adamant that they also included those who are greatly affected by the providers, in their daily lives.

"What we want to hear from you is what you think are the areas of great concern that we should be exercising our regulatory jurisdiction in," explained Bereaux to the attendees.

"We're not here to make decisions, we can't make decisions in this forum. Our purpose really is to find out, what are the priorities you feel we should be working on."

Also attending his first public consultation was veteran broadcaster Carlton Smith, now URCA's Director of Electronic Communications who noted the impact of technology and technological advances in the country and globally.

Touching on URCAs regulation of the Electronic Communications Sector (ECS), Smith reminded attendees that the rules, laws and policies are executed for consumers, with the sole interest of maximizing the role it plays on improving quality of life.

Highlighting the various projects the ECS is embarking on this year, Smith revealed, “we are reviewing the wholesale internet access, mobile services and the interconnection rates."

The Director revealed how such rates will reflect the cost of calls facilitated across competing networks like BTC and Aliv.

“But there are some things we want to discuss today. One has to do with disaster preparedness and management, and how we are embarking on an initiative to put regulations in place to address the use of ICTs and effective managements of ICTs in times of disaster."

Smith explained how ICTs allow agencies like the National Emergency Management Agency (NEMA) to alert the general public of pending disasters as well as assist in the coordination of rescue and recovery efforts during and after a storm.

Smith also assured attendees, that the establishment of a robust and resilient electronic communications infrastructure that facilitates the consistent and efficient use of ICTs in times of disaster helps to protect the economic and social welfare of The Bahamas.

It promotes the sustainability and reliability of electronic communications systems and services, particularly during and in the aftermath of disasters.

"My job is to optimize the energy sector in terms of service, access to that service and affordability of that service," Cambridge stated during the meeting.

"The URCA Goes Green initiative is twofold. It is our own inhouse efforts to try and lead by example, and through that we have a number of projects on stream," he said, "We are looking at putting in some solar ray in our car parks, as well as looking at doing some things with our fleet in terms of going to electric vehicles."

Cambridge noted that URCA has already taken the steps to essentially go green, including changing the lighting within their office space while intending to look at more environmentally friendly air condition unit spaces.

The Director explained that the project would be done incrementally, based on certain savings within their allocated budget.

URCA’s executives also touched on the organization’s budget for the year which was also shared with members of the public, an additional step in URCAs commitment to transparency.

The URCA Team will now travel and speak in Marsh Harbour, Abaco on April 17th at the New Vision Ministries on Wednesday at 6pm, and then will be in Grand Bahama, both in the west, east, and in Freeport in May.

For all the details on meetings the public are invited to visit URCA’s social media pages and website.

The Utilities Regulation and Competition Authority is the independent regulatory authority with responsibility for the electronic communications sector (ECS) and the electricity sector (ES) in The Bahamas. The ECS comprises fixed and mobile telephone services, spectrum and numbering, broadcasting including pay television and Internet services. As regulator of the ES, URCA remit covers all persons who generate, transmit, distribute or supply electricity to from or within The Bahamas. 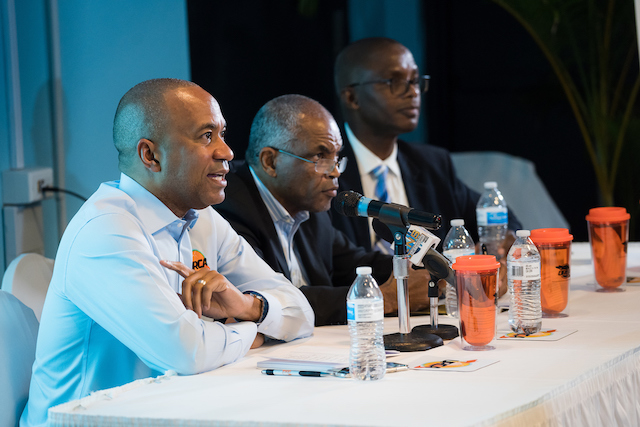 A panel of URCA executives sit down as they listen to concerns from consumers and stakeholders during URCA’s Town Hall Meeting at the Choices Restaurant at the University of the Bahamas on Wednesday, April 11th 2019. Pictured (left to right) are; Stephen Bereaux URCA Chief Executive Officer and Carlton Smith, URCA Director of Electronic Communications.(Photo courtesy of Ronnie Archer for Barefoot Marketing) 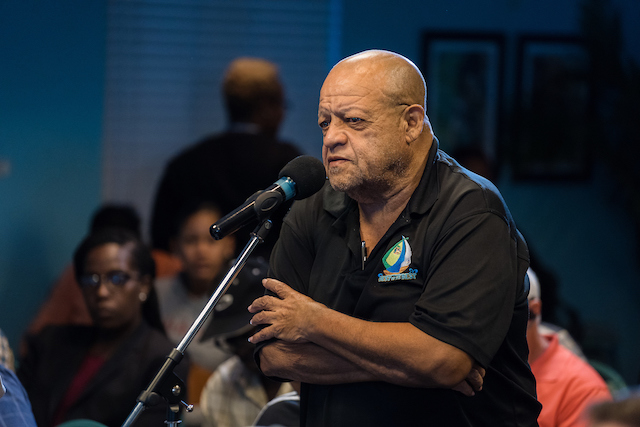 Members of the public openly voiced their concerns to executives during the Utilities Regulation and Competition Authority’s town hall meeting at the Choices Restaurant at the University of The Bahamas Wednesday evening.(Photos courtesy of Ronnie Archer for Barefoot Marketing) 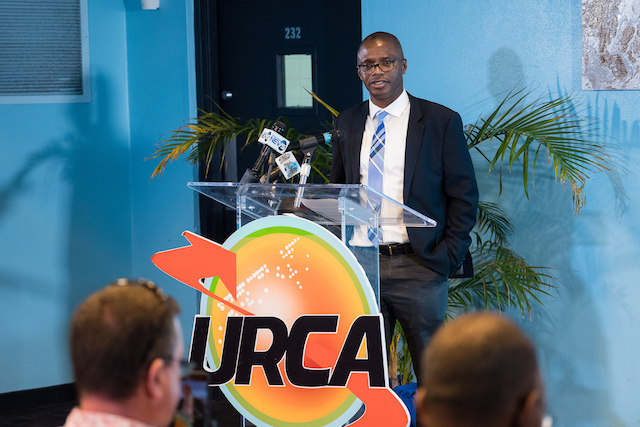 URCA Director of Utilities & Energy, Shevonn Cambridge respond to attendees at URCA’s Town Hall Meeting Wednesday evening at the Choices Restaurant. A panel of executives heard the concerns from consumers as they plan out a number of town hall meetings and public consultations while discussing their rollout plan for 2019. The board has spearhead previous engagements on additional northern islands including Nassau which was held on April 10th. Town hall meetings are also slated to take place in Abaco on April 17th and Grand Bahama in May with pop up shops in outlying communities. (Photo courtesy of Ronnie Archer for Barefoot Marketing) 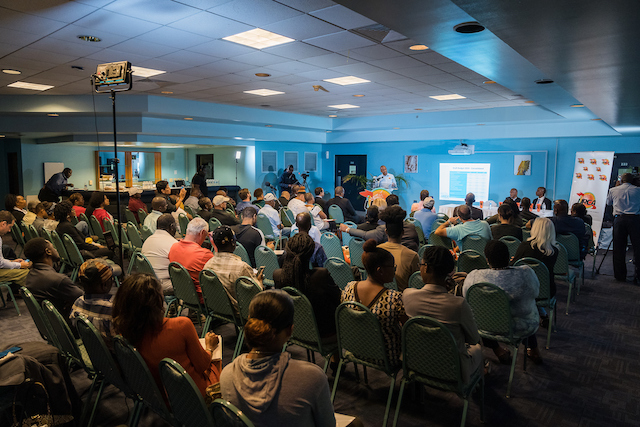